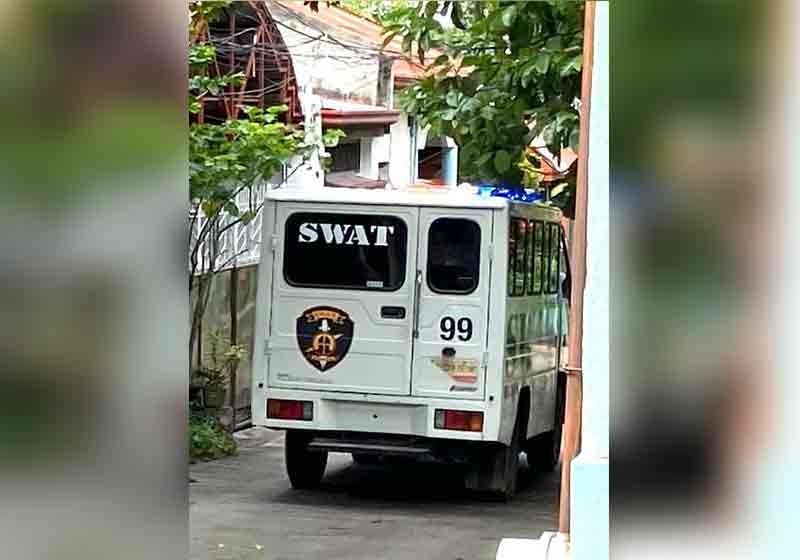 NON-GOVERNMENT organization Balay Mindanaw is mulling legal action against members of the Explosives and Ordnance Division (EOD) and K9 unit of Cagayan de Oro City Police Office (Cocpo) who barged into its office in Barangay Bulua on Wednesday, November 13, to supposedly search and secure the area in preparation for a visit of Australian dignitaries.

Manlupig said the policemen searched their lobby and inspected the bags of participants from Marawi City who had just finished a training for psychosocial support.

Manlupig also denied statements from police that they are expecting Australian dignitaries.

He said they have no Australian visitors during the police search nor expecting the Australians to visit them, as police claimed and reasoned out for the search.

Manlupig said although police officials already called him and apologized, they are still puzzled who ordered the search and where the information of a supposed Australian visit came from.

“Are the SWAT members who illegally searched our private property trained to do security paneling? If they are, we respectfully say that they did a lousy job. Why search only the lobby? What about the other areas of our center?” he added.

Lieutenant Colonel Hortillosa showed a copy of the memorandum, pointing out that Australian Embassy Staff Ms. Jennifer Benet and Mr. Emmanuel Joseph Solis II, senior program officer will visit Cagayan de Oro City and Opol, Misamis Oriental to meet stakeholders and attend the National Conference on Women’s Agenda for Peace and Justice in the Bangsamoro on November 12 to 13.

The memorandum also indicated that they were expected to arrive at Laguindingan Airport on Tuesday, November 12.

It also directed Cocpo to provide security at Balay Mindanaw Foundation including billeting area, provide route security and traffic assistance, among others.

Viñas admitted that there were lapses on the part of the SWAT personnel for having no courtesy during the search and vowed to impose administrative sanction against the search team.

Balay Mindanaw is a non-profit organization and primarily engaged in promoting equity-based development and sustainable peace.

Its works aims to transform poorest and most conflict-torn areas into a “balay”, a true home for its peoples – Christians, Muslims and Lumads, indigenous peoples of Mindanao.

The two SWAT personnel who “illegally” searched the Balay Mindanaw office are temporarily relieved from the unit pending investigation.).

Police Major Alexy Sonido, commander of Cocpo’s City Mobile Force Unit (CMFU) and the PNP EOD/K9 Group, said relieving the officers is part of the procedural action taken if one of their personnel is under investigation.

Sonido said the personnel, identified as Police Master Sergeant Faith Michael Cajelo and Police Corporal Boyet Alupit, will have to report to the CMFU.

Sonido clarified that what was conducted in Balay Mindanaw is neither a search nor a raid but a usual or regular routine of police to ensure security and peace and order in the city.

But the paneling in Balay Mindanaw was done due to the order from PRO-10.

While the two cops are already relieved in the unit level, Cocpo is yet to give a final decision.