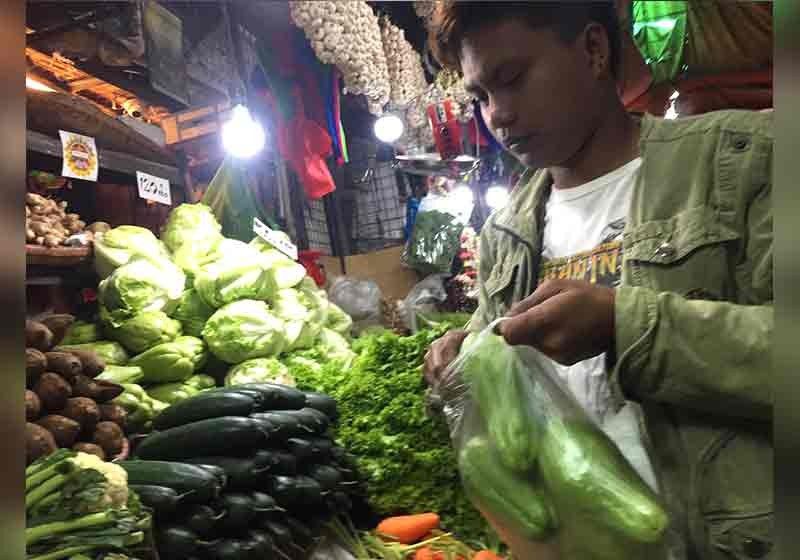 BAGUIO. A consumer purchase highland vegetables at the Baguio City Market as prices of sayote dropped due to oversupply. (Photo by Jean Nicole Cortes) 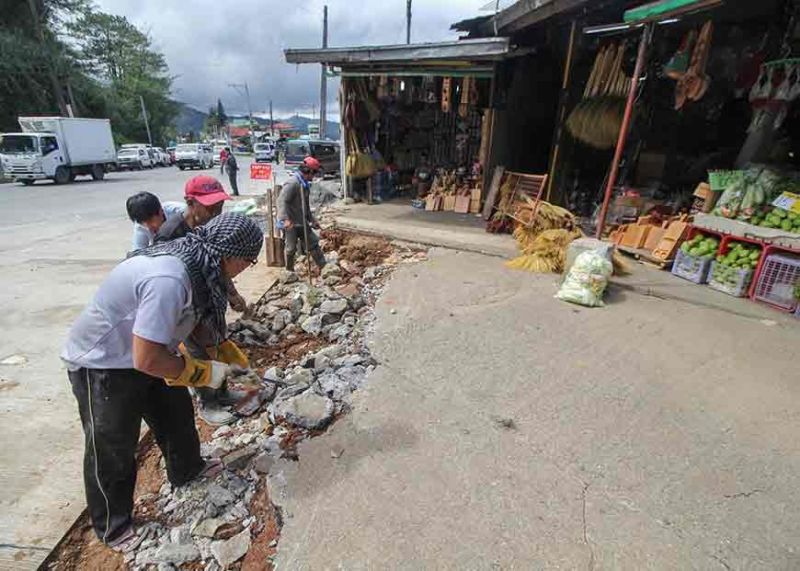 BENGUET. Stall owners at the Kadmangan pasalubong center along Marcos Highway in Tuba, Benguet fix their parking area after the local government conducted the road clearing operations. A portion of the highway is also undergoing road re-blocking. (Photo by Jean Nicole Cortes)

HIGHLAND vegetable traders and dealers in Benguet province have asked the speedy re-blocking of Marcos Highway, citing the road works cause too much traffic and causes delay in the delivery of vegetables.

The league in its letter on November 12 stated quality roads mean swift transportation of goods and better travel for the riding public and visitors but they are distraught that it has to be done at this time of the year, November 8 to December 21, 2019 which is the peak season for vegetable deliveries.

The group added, some 1.5 million kilos of vegetables are delivered in other parts of Luzon and this doubles and triples during December.

“The volume started to increase since November 6 that the cabbage price from P30 per kilo dropped as low as P5 per kilograms. In such situations, the swift shipping of vegetables is the biggest factor for the vegetables to be purchased from our locality and delivered to the key markets in the country since it is highly perishable,” the letter said.

The association added if it continues until peak season, the vegetable association’s fear of millions of assorted veggies to be left unpurchased from the farmers.

The league seeks for the current re-blocking to be finished before December 1 or for the present stretch of the road to be completed and the rest of other stretches of work to be halted and to be continued next year as early as January.

Although there are alternate routes, it poses issues and concerns for loaded trucks such as 18 wheeler trucks, the league stated.

Baguio City District Engineering Office earlier said the re-blocking would last until December 21 or at the most January 2020.

The re - blocking, which ends at the NMIS office has a total length of 549 meters while the second site will be at the Bakakeng site having 126 meters.

Meanwhile, Nora Delos Santos, assistant city district engineer of the Baguio City District Engineering Office (BCDEO) of the Department of Public Works and Highways (DPWH) explained the ongoing re-blocking particularly the Kitma section is now on its curing stage and is expected to reopen even before the earlier date stated.

Delos Santos said for the NMIS area, the contractor vowed to complete the project 21 days earlier or by the end of November.

In an earlier press briefing, the BCDEO said the re-blocking would last until December 21, 2019 or at the most, January 2020.

The project costs P7 million. (With a report from Jonathan Llanes)