A HOUSE inquiry on sugar liberalization is set to start this month in response to the resolution passed in Congress led by the members of the sugar bloc and representatives from other sugar producing provinces.

Negros Occidental Third District Representative Francisco Benitez revealed that he has invited the chair of the committee on agriculture to conduct an inquiry into the proposed sugar liberalization in the province where most of the stakeholders in the sugar industry are located.

The said inquiry is set to start next week or the following week and has been initially set in congress.

The house committee on agriculture is chaired by Representative Wilfrido Mark Enverga of the First District of Quezon.

The committee has been preparing invitations to be sent to the resource speakers.

Congressman Enverga is now considering holding the inquiry in Negros because of my invitation, Benitez said.

Benitez said that the Makabayan Bloc at the lower house has also filed a bill seeking for an inquiry because of the fact that the sugar import liberalization would affect millions of sugar workers, Agrarian Reform Beneficiaries, sugar planters and sugar workers.

We are actually in a unique situation where we have people from all sorts of sector opposing the sugar liberalization so I hope that a similar resolution can be filed in the lower house, Benitez added.

Almost all senators have adopted and passed a new resolution urging the Executive Department not to pursue the planned liberalization of the sugar industry with the end view of safeguarding the sugar farmers and industry workers in 20 provinces in the country including Negros Occidental.

The resolution stated that statements recently made by economic managers on the proposed liberalization of the sugar industry through deregulation of imports and allowing users of sugar to directly import created a stir and fear among the stakeholders of sugar industry.

Economic managers blame the proposed liberalization of sugar imports on the costly prices of local sugar against those in the world market and that the same affects the competitiveness of the sugar-containing food products for export, it stated.

The senators, however, said that liberalization or deregulation of the sugar industry will not affect the competitiveness of sugar-containing food products for export because it is already a policy of the Sugar Regulatory Administration (SRA) to allow food exporters to openly import sugar without value-added tax or customs duties provided that the end-product is exported and not sold locally.

They claimed that the deregulated entry of subsidized sugar into the Philippine market will be disastrous to the sugar industry, which contributes an estimated P96 billion to the gross domestic product.

It will particularly impact negatively the 84,000 farmers, mostly small and agrarian reform beneficiaries, with each farmer tills less than a hectare of sugar farmland and 72,000 industry workers directly affecting almost a million families or five million individuals, the legislators said. (TDE) 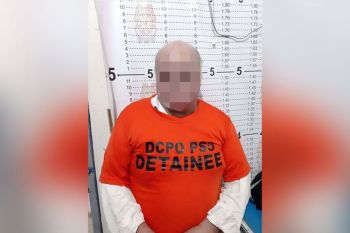