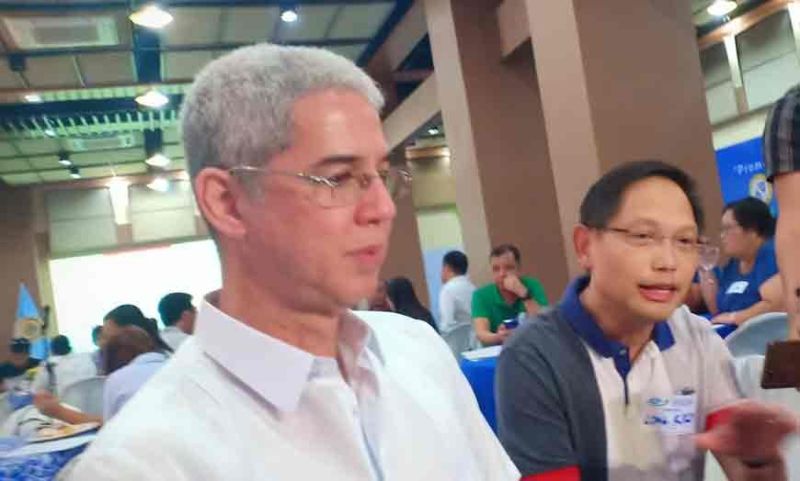 TO PREPARE the province for the looming water problem, the provincial government held a pre-water summit Thursday, November 14.

Negros Occidental Governor Eugenio Jose Lacson said that the provincial government is gearing for the formation of the water security road map that could be materialized during the water summit in January next year.

Lacson said the water summit was only supposed to be tackled in the province’s third district, however, it was suggested by former Congressman Alfredo Benitez to include the whole province.

He said the task ahead would be difficult as the province’s local government units need to come up with a water security road map.

This is just the pre-summit, but even today the resource speakers have so many ideas, Lacson said.

The governor said he is also happy that Bacolod City participated in the meeting since the city has the biggest demand when it comes to water supply.

He added that every local government in the province is presently facing a challenge for water demand, with some already looking for sources of water.

When the population grows up, the water demand also grows up, Lacson pointed out.

We would like to prepare Negros and not to wait for the stage when there would be scarcity of water already, Lacson said.

Negros Occidental Third District Congressman Jose Francis Benitez, meanwhile, said the meeting also aims to tell water stakeholders to balance only what they need in order for it to become a win-win situation for everyone.

Benitez added another summit is scheduled in January, and the pre-summit was needed in order to design as a kind of needs assessment on what the main summit ought to be on how it is structured in order for its outcome to be successful.

Benitez also revealed that there is a proposal in congress right now for the creation of a Water Department to address the water problem in the whole country.

On the part of the Bacolod City Water District, General Manager Juliana Carbon revealed that right now, the water district is short of 40 to 60 million liters of water a day. Their prime goal she said is to augment the water supply in their service areas to cope up with the developments that is happening in Bacolod City today.

So our main objective now is to improve our services and increase the bulk water supply, Carbon added.