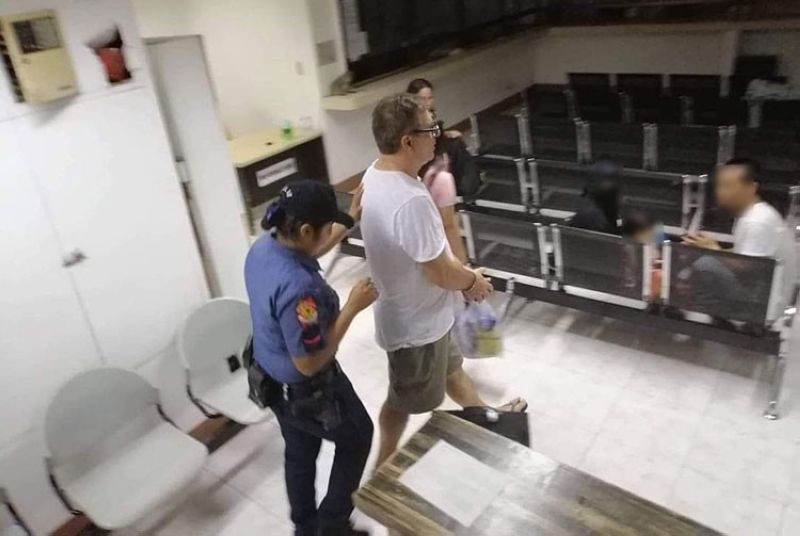 The search took place at the holding facility of the Bureau of Immigration (BI) office in Davao City, where Marchesi had been detained since November 8, 2019 after he was intercepted at the Davao International Airport due to a mission order for his arrest issued by BI Commissioner Jaime Morente.

The suspect was considered an “undesirable alien” in light of several complaints filed by the police against him for alleged violations of the Expanded Anti-Trafficking Act, Anti-Cybercrime Prevention Act, and Anti-Child Abuse Act.

BI’s travel database showed that Marchesi had been going in and out of the country since January this year via the international airports in Davao and Mactan, Cebu. He was believed to be engaging children online to lure and groom them for both online and in-person sexual exploitation.

“The Philippine National Police, immigration officials, prosecutors and partners from non-government organizations are making an all-out effort to apprehend those who abuse and exploit our children online. We are doing our best for our precious children to have a safer place to live, for them to enjoy their childhood,” said Police Captain Princess Obrique-Bergado.

“Last Wednesday's arrest of an Italian child sex offender shows yet again how the online sexual exploitation of children (Osec) is also fueled by demand from perpetrators living in Western countries. We hope that this would push countries from the demand side to impose stiffer penalties against their citizens who pay for and direct the horrible abuse of children. Meanwhile, we at the DOJ Inter-Agency Council Against Trafficking-Regional Anti-Trafficking in Persons Task Force XI will continue to

do our part by closely coordinating with local and international law enforcement agencies, with other government stakeholders, and partners from like-minded organizations to go after online child sex offenders who seek to shatter the lives of Filipino children. We have shown time and again how this strong collaboration results in the apprehension of OSEC perpetrators and freedom from abuse for our children,” she said.

IJM Cebu Field Office Director John Tanagho said: “IJM praises and commends the excellent collaboration and commitment of the WCPC Mindanao Field Unit, Iacat Region 11, Racu Region 11 and BI. Because of their determination to protect vulnerable Filipino children from sexual abuse and exploitation, they worked around the clock to ensure that this suspected child sex offender from Italy was restrained from abusing children anymore in the Philippines. This kind of commitment and determination from law enforcement across the country will surely lead to the protection of thousands of children from online and in person sexual exploitation, sending a message to child sex offenders globally that Filipino children are not for sale.”

Occurring in different communities in the Philippines, Osec is a crime that violates the Anti-Trafficking in Persons Act or Republic Act (RA) 9208 (as amended by RA 10364), which comes with a maximum penalty of life imprisonment and a fine of P2 million to P5 million. Typical Osec offenses also violate RA 10175 (Cybercrime Prevention Act of 2012) and RA 9775 (Anti-Child Pornography Act of 2009). Both have penalties equivalent to 20 to 40 years imprisonment.

As of November 11, 2019, IJM has supported Philippine law enforcement agencies in the arrest of 235 OSEC perpetrators and in the rescue of 559 victims around the country since 2011. (PR)