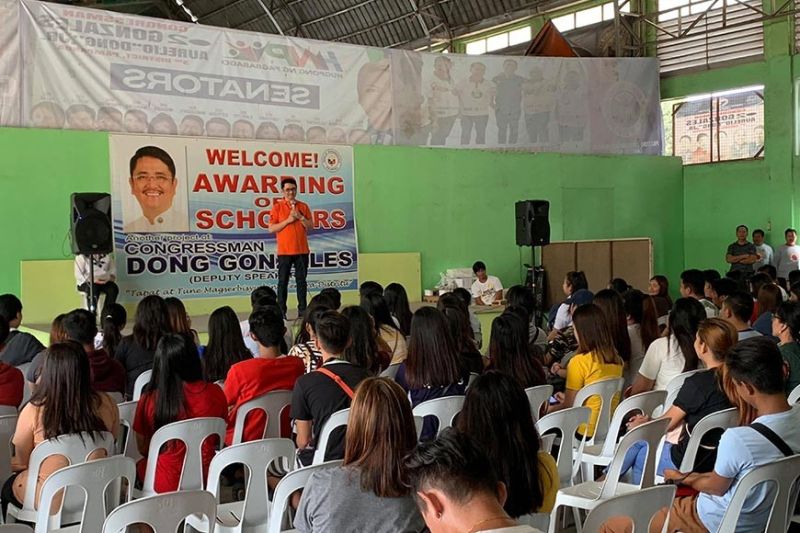 PAMPANGA. Deputy House Speaker and Third District Representative Aurelio Gonzales Jr. stresses a point during the distribution of assistance to scholars of his district. The lawmaker had allocated P20 million for scholarship programs. (Ian Ocampo Flora)

Gonzales distributed to beneficiaries enrolled under the bachelor science and vocational courses cheques, each amounting to P6,000, at his Sindalan District office.

These include some bachelor science students from Arayat, Sta. Ana, Mexico, Bacolor.

The distribution was part of Gonzales's commitment for the first and second semester enrollment of the students under the scholarship program.

"I urge all the student beneficiaries to study hard and finish their studies. This assistance should be reciprocated with good academic performance or at least diligence towards study," Gonzales said.

Earlier in May, Gonzales announced that a P20-million scholarship fund is now ready for the new set of scholars under the "Iskolar Ng Dong" program.

Gonzales said the new fund will enable him to accommodate more scholars for the school year while promising to continue the existing scholars under his education program.

He assured that his scholarship program will continue with its "no maintaining grade policy" and will be prioritizing indigent applicants as well as those who are children of farmers, people with disabilities and informal sector workers.