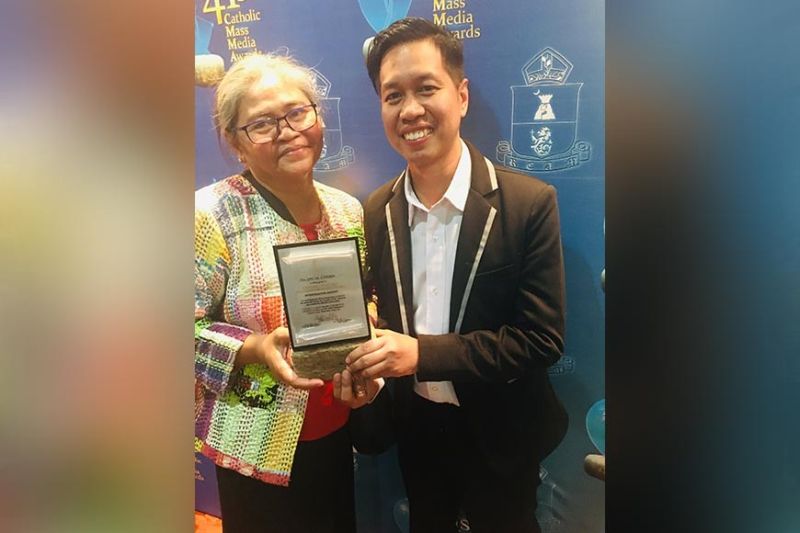 The three-part series, entitled "Greening Pinatubo," was hailed "for presenting the efforts being done to reforest the areas affected by the [1991] eruption of Mt. Pinatubo and rebuild the affected communities."

Luis Antonio Cardinal Tagle D.D., Archbishop of Manila and honorary chair of CMMA, signed the special citation. It was the only one handed in the investigative report category in the 41st CMMA. which was held at the Teatro ng GSIS in Pasay City.

Orejas looked into the accomplishments of the National Greening Program (NGP) and overlaid the data in maps used in certificates of ancestral domain claims and titles (CADC and CADT). It turned out that the NGP planted trees in only 1,098 hectares of 90,471 hectares covered by CADT in the bagbag (forests) in Pampanga, Tarlac and Zambales provinces. Field visits showed that the tree species were not native to the areas. Bagbag in Lutan tua (ancestral lands) are sources of food, water, medicines and wood for Aetas.

The story explained why the problem has occurred and prompted the Department of Environment and Natural Resources to review the NGP and correct its shortcomings.

"My colleague and I thank the CMMA for recognizing our efforts to surface a problem that is faced by indigenous peoples. The forests are tied to their survival," Orejas said. (JTD)