Councilor does not want PUVs to use bypass, access roads 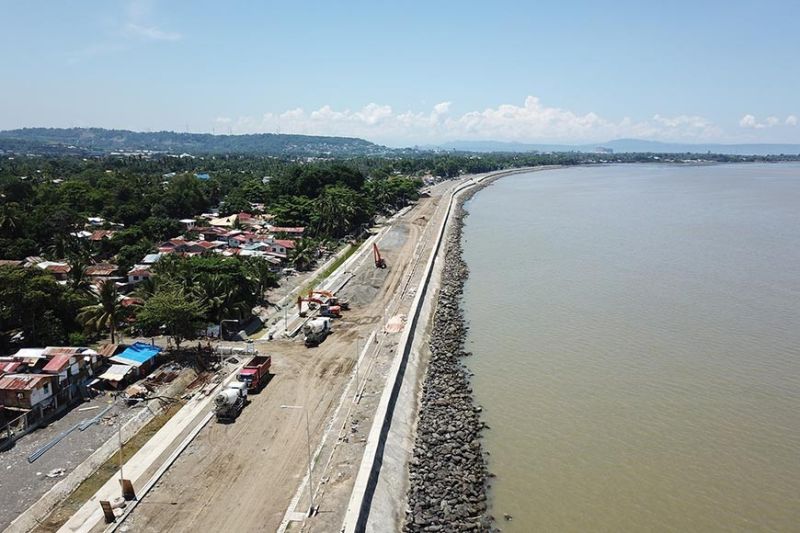 FOLLOWING the proposal of the Davao City Government to utilize existing bypass and access roads to public utility vehicles (PUVs), a councilor is not recommending to include the utilization of the currently constructed coastal roads for these vehicles.

Apostol said he will pass a resolution requesting the City Transport and Traffic Management Office (CTTMO) to conduct a study on opening routes in view of the existence of bypass roads and other ancillary roads to declog the current main roads.

But Councilor Jesus Joseph Zozobrado, when asked by the media, said transferring some routes to the soon-to-be-opened Davao City Coastal Road is not a good idea.

Zozobrado, former committee head for public works and highways, said allowing PUVs to operate in these areas would defeat the purpose of the coastal road, which will decongest traffic in Ulas and Puan once the project is complete.

He added, "If buhatan og ruta diraa, sige na'g hunong-hunong diraa. Medyo samot kalangan ang dagan diraa (If we would allot a route there, the traffic flow of the road will be affected since there would be drop off from time-to-time)."

CTTMO, however, would still have to conduct a study once it will be considered.

Zozobrado said PUVs such as jeepneys and buses could be allowed to transfer their routes in these areas, but drop offs should not be allowed.

Apostol said on Wednesday, November 13, that his committee is proposing to utilize the bypass roads in Bunawan, Tibungco, Ilang, and Panacan as new routes for public utility vehicles such as jeepneys, filcabs (multicabs), and buses.

He said an initial study has already been conducted by the City Planning and Development Office, wherein they recommended to utilize these roads for mass transportation routes.

Apostol said it is unlikely that bypass roads would be highly congested in the future since the city will allocate limited routes in these areas.

Meanwhile, the Department of Public Works and Highways (DPWH)-Davao assured that it will open a portion of the Coastal Road for motorists early next year.

DPWH Davao Region chief information officer Dean Ortiz previously said the agency is still looking for a possible exit in the Talomo area. Since there is already a bridge in the area going to Central Park, it would mean an alternate route especially for people coming from the south particularly from the Toril area.

The P26-billion coastal road project in Davao City is targeted to be completed by 2021. The coastal road begins in Bago Aplaya and ends at the Azuela Cove. (With report from Juliet C. Revita)