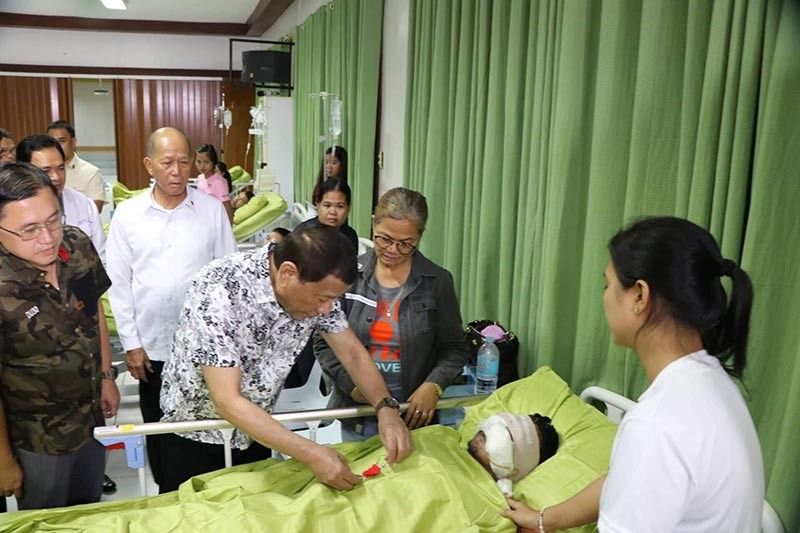 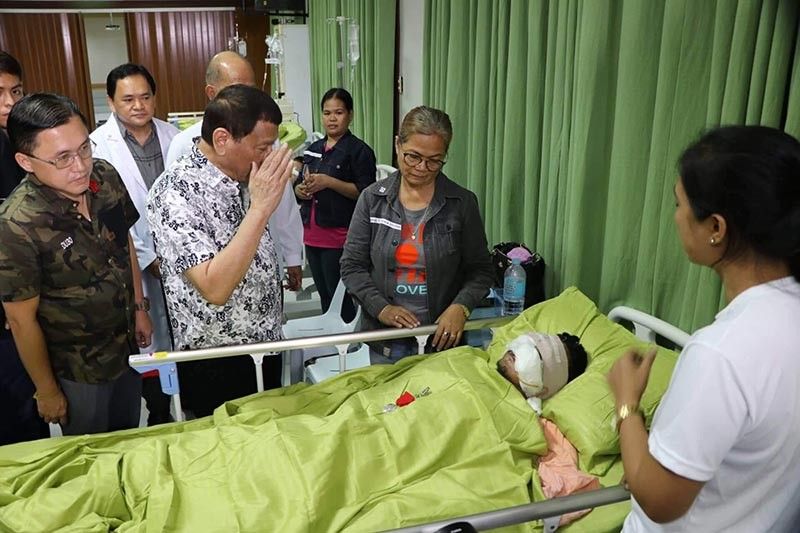 PRESIDENT Rodrigo Duterte honored and conferred on Friday, November 15, the Order of Lapu-Lapu and Rank of Kampilan on soldiers injured in the November 11 encounter with New People's Army (NPA) members in Borongan City, Eastern Samar.

The youngest of them is 25 years old who is still one year in service, while the oldest is 30.

The Order of Lapu-Lapu is conferred to persons in government or private sector who have given exceptional contributions to the success of the President's advocacy.

The Kampilan Medal, on the other hand, is given to persons who were seriously wounded or suffered great loss of property as a direct result of their participation in such action.

The Department of Social Welfare and Development (DSWD) in the region also gave an initial cash assistance of P5,000 to the wounded in action, while P10,000 was given to the families of those who were killed in action.

Earlier, Marine Brigadier General Edgard Arevalo, spokesperson of the Armed Forces of the Philippines, said the government has remained committed to "run after the perpetrators of this treacherous affront on our troops out to protect our peoples' democratic way of life and make those criminals pay for their actions."

"We will press on with our pursuit to eliminate the CTG (communist terrorist group before the end of the Duterte administration. This cowardly attack by these enemies of peace and development hardly establishes any point of strength. But rather a weakness in attacking through anti-personnel mines soldiers out to aid our people needing help," Arevalo said in a statement.

The NPA is listed as a terrorist organization by the United States, Australia, Canada, New Zealand, European Union, and the United Kingdom. (SunStar Philippines)