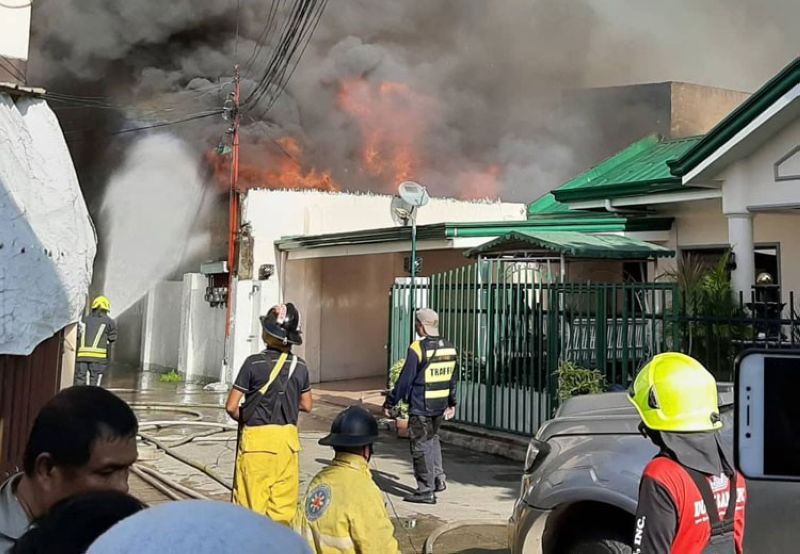 BARANGAY officials have declared a state of calamity in Casuntingan, Mandaue City following a fire that destroyed close to 100 houses last Thursday, Nov. 14, 2019.

With the declaration of the state of calamity, Barangay Casuntingan Oscar Jayme del Castillo ordered the release of P800,000 from the village's funds to provide relief goods and housing materials to families affected by the fire.

Half of the fire victims are currently housed at the village gym while the other half are putting up tents near their burnt houses.

Del Castillo disclosed that the property where the fire occurred was privately owned but the owners assured that the fire victims could returned to their area and rebuild their homes.

Cortes assured they will continue to provide meals and kits to the fire victims, courtesy of the City Social Welfare and Services (CSWS).

He also plans to request the City Council to hold a special session to approve the release of financial assistance for the fire victims.

Del Castillo said to prevent similar incidents, they plan to widened roads leading to the internal section of the barangay to allow fire trucks to enter.

Cortes also plans to put up hydrants on the area which is not accessible to the fire trucks just like in Barangays Ibabao and Alang-Alang.

In the updated report, the fire affected 97 houses with around 441 families and 344 renters displaced.

A commercial building owned by the Cebu Crafters was partially damaged by the fire.

Based on the initial investigation of the Mandaue City Bureau of Fire Protection (BFP), that the fire originated at the room rented by Vilma Sario on the second floor of the residential building owned by a certain Lene Calipes.

Fire Insp. Kyle Lauzon, Mandaue City deputy fire marshal, said there were no recorded casualties of the incident however, they have faced a lot of challenges during the fire fighting.

He added that it is very windy at that time and most of the houses were made up of light materials which contributed to the spread of the fire.

Del Castillo suspected that the cause of the fire is due to the usage of butane.

But Lauzon has not yet confirmed the cause of the fire since the investigation is ongoing.

This is not the first time that the area was ablaze hence, it was its third time, the last time was three years ago.(SunStar Cebu)