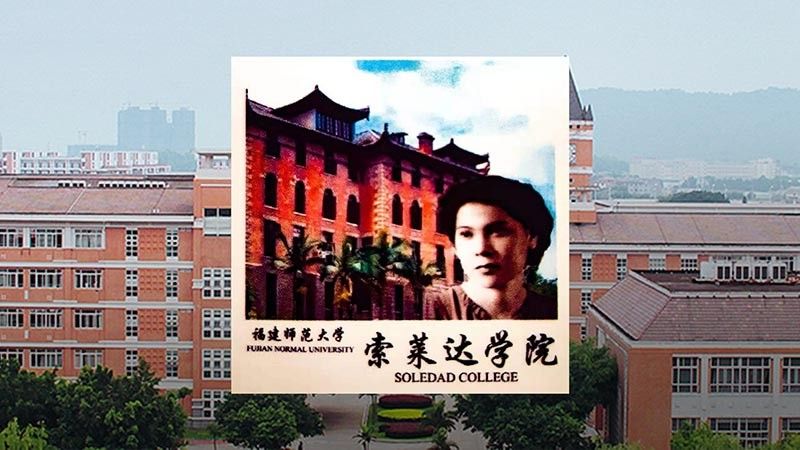 A UNIVERSITY in China, named after the mother of President Rodrigo Duterte, is looking for 50 Filipino scholars to avail its master’s program.

Soledad University, a school established by the Fujian Normal University in November 2017, is currently looking for 10 enrollees in each major: business administration, international business, tourism management, materials engineering, and radio and television.

The university was named after Soledad Roa Duterte or known as “Nanay Soling” who has family ties with the Fujian Province.

Davao City Investment Promotion Center (DCIPC) technical adviser for special concerns Matias Regis said the university had been looking for scholars since last year. However, Soledad only expanded its search in the city October this year.

“Scholarship will be free of tuition and accomodation. There will also be a monthly allowance of ¥1,200 or that’s worth P15,000,” Regis said.

Regis also said scholars will receive insurance benefits within the length of the academic year. He said the support will be coming from the Chinese government.

He said interested applicants must be a Filipino citizen who is under 35 years old and holds a valid passport.

He added that applicants must be a bachelor’s degree holder, recognized by the Commission on Higher Education (Ched).

Regis said the scholarship program will last from five to six months, depending on the applied program.

He said interested applicants could visit the DCIPC office within Magsaysay Park. Deadline of application is on December 15, while classes will start February next year.

“They can visit our office to discuss the application,” Regis said. (RGL)