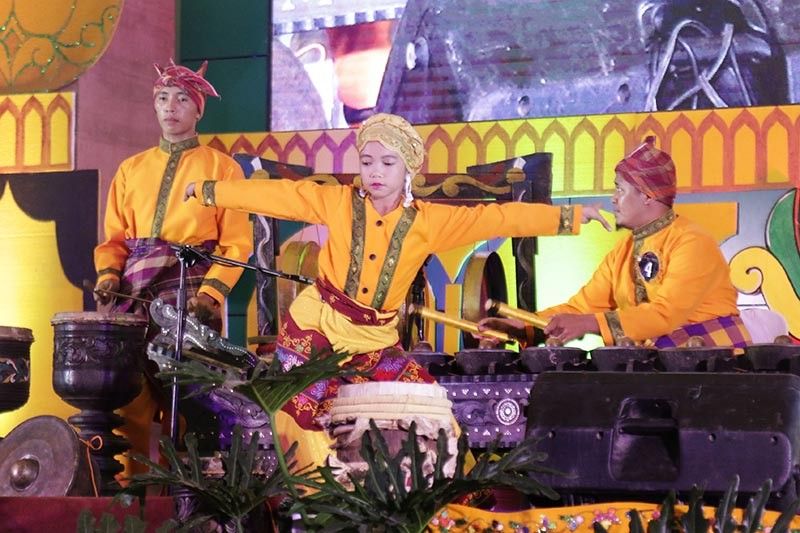 DAVAO. The grand presentation of the Kulintangan Completers during the opening of the Pakaradyan Festival last October 22 at the New Tagum City Hall Atrium. (Photo Miko Pongan/CIO Tagum) 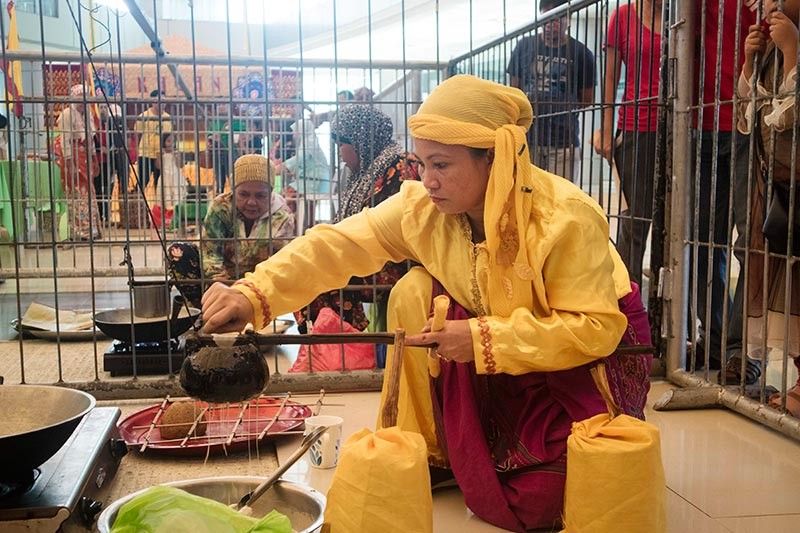 DAVAO. The contestants during the Amik-making Contest as they battled to be hailed as the master chef in making Amik last October 23 at the New City Hall Atrium. (Photo Miko Pongan/CIO Tagum) 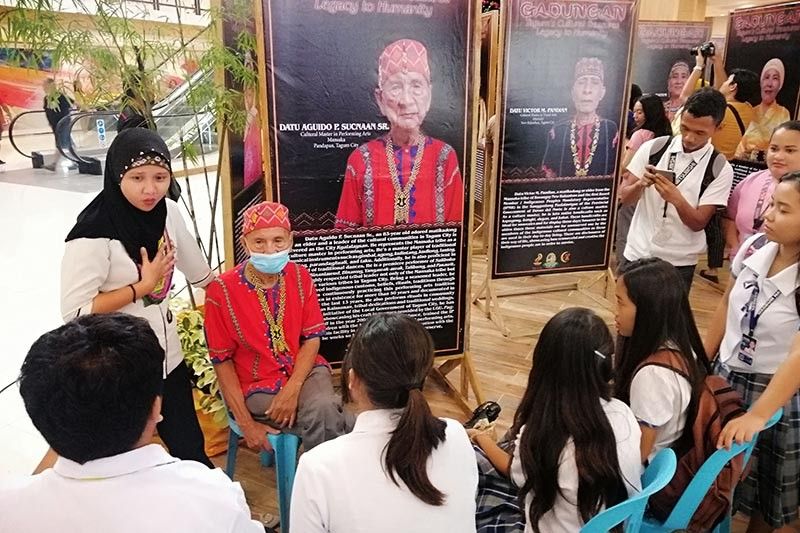 DAVAO. Tagumenyos flocked to the Gadungan: Tagum Cultural Treasures, Legacy to Humanity Exhibit to see and know first handedly the cultural masters of Tagum City in the 5 domains of culture and heritage. (Photo Miko Pongan/CIO Tagum) 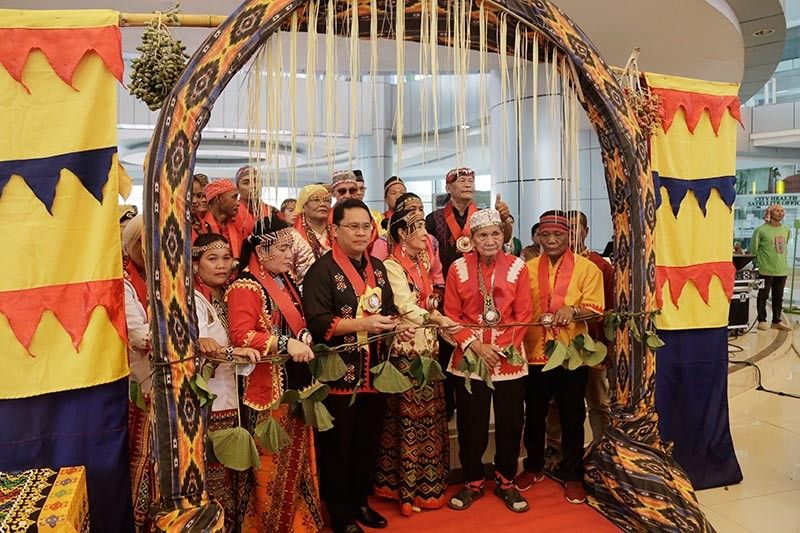 TAKING the city’s rich heritage, culture, and the arts into the limelight, the city’s cultural communities once again showcased the unique tapestry of both the Lumad and Moro heritage, with its members actively participating in this year’s separate celebration of the Kaimunan and Pakaradyan Festivals, respectively.

Tagumenyos belonging to different tribes like Mansaka, Mandaya, Kagan, Ata-Manobo, Maranao, Dibabawon, Maguindanaon, Tausog, and Iranon were given the platform to flaunt their tradition in the twin festival that was once hailed as the country’s Best Tourism Event (Festival Category) in the ATOP-DOT Pearl Awards.

Under the leadership of Mayor Allan L. Rellon, this celebration amplifies his vision of inclusive growth and development under his pet advocacy EAGLE WINGS program, specifically in the first “E” which prioritizes Education, Employment, and Culture.

With the recent passing of the city’s IPMR, Datu Damiano Cipro, this year’s Kaimunan Festival was kept solemn yet grand. Celebrated last October 10, this year’s festival highlighted the contribution of the late Datu Cipro in the promotion and protection of the foothold and rights of not only the indigenous people but also of the Moro people of Tagum.

This sincere celebration of Datu Cipro’s demise is a respect given to his grieving family. However it was made grand with the presence of all the tribal chieftains and bigwigs of the city’s Lumad community, headlined by the City Kyalalaysan Pyagmatikadong Aguido Sucnaan who is the highest ranking leader of the cultural communities and the City Tribal Chieftain Bia Lilia Magkidong Lagunsad.

The highlight of the half-day activity was the launching of the Gadungan: Tagum Cultural Treasures, Legacy to Humanity, a project of the City Cultural Communities Affairs Division (CCCAD) which documented the cultural masters in the city of Tagum.

Worrying about the diminishing cultural assets of Tagum, the CCCAD comprehensively documented the 55 masters of the five cultural domains such as Literary Arts, Performing Arts, Culinary Arts, Visual Arts, and Traditional Healing through its Gadungan Cultural Masters Profiling Project.

Realized with generous funding from the National Commission for Culture and the Arts, the profiling is a brazen attempt to preserve the otherwise forgotten cultural activities from the lens of the cultural masters themselves.

The CCCAD, along with the City Historical, Cultural, and Arts Council, hopes to preserve it for future generations of Tagumenyos to appreciate through this feat.

Upon finalizing the profiling data, the office headed by Xylee Palomata-Labastida came up with an exhibit, which lasted until November 4, to showcase these cultural masters to public in some strategic locations; Gaisano Mall of Tagum, Robinsons’ Mall of Tagum and during the Pakaradyan Festival which is also frequented by Tagumenyos.

The book, the penultimate output is this project, will soon be hot off the press and will find its way to the shelves of the Center for Tagumenyo Studies, a vital component under the Tagum City Public Library which is set to be inaugurated next year.

In contrast with the solemn celebration of the Kaimunan Festival, the Pakaradyan Festival was bursting with colors, made more exquisite with the flamboyant and striking presentations coming from the Moro communities residing in the city.

The three-day festival, held from October 22 to 24, showcased the tapestry of Moro culture from music and dances, to food making and visual design. This, according to Zuhairah Abas, the Chief Tourism Operation Officer of Region XI, is the best way to promote and preserve the colorful tradition and heritage of the cultural communities.

Prior to the grand celebration, the Tagumenyo Moro children were taught the fundamentals of tribal music and instruments in the Kulintangan Workshop which they showcased when they joined other kulintangan musicians, such as the eventual winner Mandungan Kulintangan Cultural Ensemble of Davao City, during the festival’s concluding event. The different Moro tribes from Tagum, Maco and Davao also competed for the master chef in Amik-making contest, one of the events held which was dominated by the Kagan Tribe from Davao City.

October being the National IP month as stated in the IPRA law, the city government of Tagum endeavoured in upholding respect, love and pride to the indigenous cultural communities living in this city through the championing culture and the arts in Kaimunan aw Pakaradyan Festivals. (JP Cordovero/CIO Tagum)