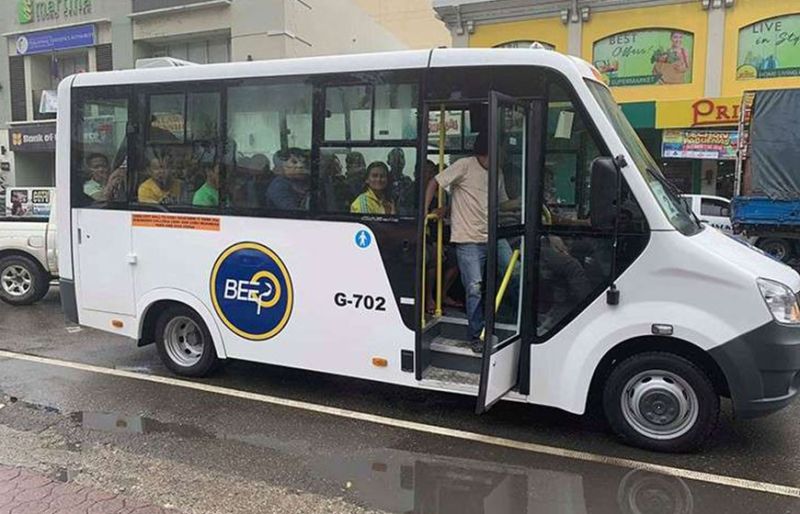 AS THE number of passengers who prefer riding the modern bus-jeep, or beep, increases, the City Council is requesting the Cebu City Transportation Office (CCTO) to designate and identify loading and unloading areas where passengers can wait at their convenience.

City Councilor Eugenio Gabuya Jr. sponsored the resolution to prioritize the safety and security of the riding public.

Gabuya also asked the CCTO what action it would take so the council would be guided in formulating the amendatory ordinance that would give force and effect to the designated bus stops.

As to date, 15 beeps ply the roads of Cebu City.

Their primary route is from Cebu City Hall to the Cebu I.T. Park. Initially, drop-off and pick-up points were identified to be beside the Plaza Sugbo (P. Burgos St.), S. Osmeña Ave. near Pier 1, V. Sotto St. and along Robinsons Galleria Cebu, among other stops.

The beeps’ secondary route starts on Duterte St. in Banawa, Barangay Guadalupe and ends in Sykes in Barangay Mabolo with nine designated loading and unloading areas.

Some beeps have started to ply the route of 13C jeepneys, or the Talamban to Colon route and vice versa.

Gabuya’s move came after reports that some beep drivers picked up and dropped off passengers wherever they could.

Mayor Edgardo Labella had previously warned those drivers that they would face traffic violations if they continued the illegal practice.