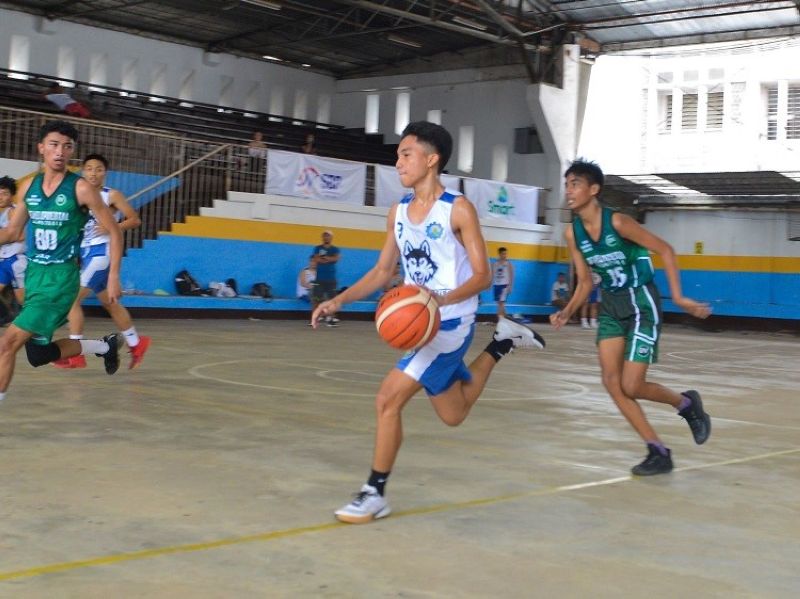 CEBU. Don Bosco got a win in its very first game in the MYBL this season. (Contributed photo)

DON Bosco debuted in victorious fashion as they won over Developmental Pardo-A, 56-47, in the Under-18 Division 1 of the MVP Sports Foundation Youth Basketball League (MYBL)-Cebu at the Ateneo de Cebu basketball court on Saturday, November 16, 2019.

Leading the way for Don Bosco was Kent John Remocaldo who had 22 points and eight rebounds.

Then, in the Under-12 Division 1, the University of San Carlos-A edged the Graphics Point Toledo, 46-44. USC started off great and led, 14-2, before Graphics Point came back to tie the game up at 30-all. However, USC pulled off all the stops in the endgame to come up with the victory. Neil Denguit led USC South-A with an all-around game of 12 points, 14 rebounds, four assists and fivesteals.

The Cebu Institute of Technology-University also made a splash in their debut game in this league that is being presented by Smart Communications, sponsored by the Cebu Landmasters and PAGCOR and supported by the MVP Sports Foundation and the Samahang Basketbol ng Pilipinas, as they downed Punta Princesa, 50-27.