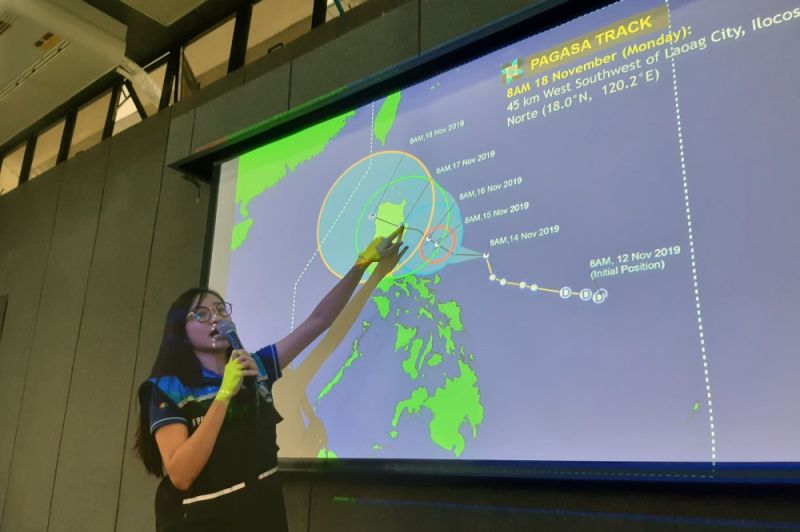 FOLLOWING the declaration of state of calamity in Apayao, officials are calling for more relief goods as some parts of the province are currently isolated due to massive landslides.

The two RDANA teams conducted ground inspection in the lower towns and aerial inspection through the Tactical Operations Group 2 in the upper towns of Apayao.

The RDANA Team, led by Apayao Governor Eleanor Bulut-Begtang, landed in Kabugao, Apayao for the inspection of damages in the municipality.

APDRRMC reported that more than 25,000 individuals or 6626 families were affected by the flood and landslide in the province. At least 8,500 persons were evacuated. Three were dead in two separate landslide incidents in Kabugao town, while five were reportedly injured.

During the fly-in visit in Kabugao, Mogol turned over immediate financial support to the families of the casualties.

For the social sector, the DSWD reported the need for immediate relief operations in isolated barangays.

All government agencies and private sectors in the province are requested to help in the delivery of food packs, particularly in the barangays of Calanasan which are still isolated.

DSWD-Cordillera has already distributed 8,595 food packs and 165 sleeping kits to the affected families. Relief support from nearby local government units (LGUs), such as Tabuk City and even private organizations, are also coming in.

The PDRRMC reported earlier the problem on distribution of relief goods due to closed roads and swelling of some rivers in barangays which can only be reached through boat rides.

For the health sector, the Department of Health (DOH)-Cordillera noted the immediate need for medicines and medical equipment for emergency cases and the need for water purifiers or disinfectants due to damaged water sources in some barangays.

Although there were no cases of vector-borne and water-borne diseases, the residents are reminded to maintain clean surroundings particularly those who were affected with flooding.

For the agriculture sector, the Provincial Agriculture Office and the Veterinary Office reported an initial damage of more than P 43 million. Most affected were high value crops, livestock, and fisheries.

Most crops, such as rice and palay, were harvested before the onslaught of the heavy rains.

There is an immediate need for reserve seeds for rice, corn and vegetables as well as fertilizers for farmers and fingerlings and feeds for fisherfolks affected by the heavy rains.

For infrastructure, the Department of Public Works and Highways (DPWH) reported that most areas of the major road networks were affected by the series of massive landslides which isolated some barangays.

DPWH said that an initial amount of more than P220 million is proposed for the restoration of roads in the province.

DPWH Apayao first and second district offices and private contractors have been working together to conduct clearing operations and to open the roads which were affected by more than 100 soil erosions and road slips.

As of November 14, the Claveria-Calanasan Road, Kabugao-Pudtol-Luna-Cagayan Road, and Ilocos Norte-Apayao Road were already open.

However, there is a need to conduct blasting operations of a hanging boulder at the Bubulayan section of the Kabugao-Pudtol-Luna-Cagayan Road that poses a danger to motorists passing along the area.

On Friday, November 15, isolated barangays in the lower and upper Apayao towns have been reached and relief assistance were given to the affected families.

Meanwhile, the Mines and Geosciences Bureau of the Department of Environment and Natural Resources (DENR)-Cordillera also conducted an inspection of the landslide-affected areas and the reported tension cracks that affected 23 houses in Kabugao, Apayao as an effect of the enhanced heavy rains.

Mines and Geosciences Bureau (MGB)-Cordillera geologist Jelson Edduba recommended the evacuation of the residents in Poblacion, Kabugao since the area has an active landslide occurrence that threatens lives and properties. (PR)