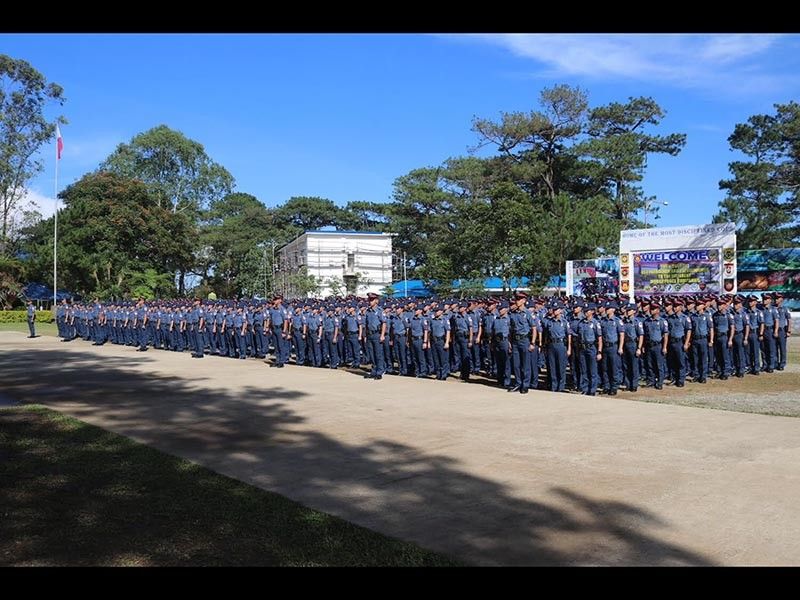 BAGUIO. 453 new patrolmen and women who have completed the six-month Public Safety Basic Recruit Course (PSBRC) and the six-month Field Training Program (FTP) of the Police Regional Office-Cordillera (PROCOR) is set to be deployed as support personnel for the regional, provincial and city mobile forces in Cordillera. (RPIO)

SOME 453 newly-commissioned police officers were formally deployed to the police provincial offices during the send-off ceremony at the Police Regional Office-Cordillera (PROCOR) in Camp Bado Dangwa, La Trinidad, Benguet.

Aside from augmenting the mobile force units, these police personnel will undergo the 60-day Basic Internal Security Operation Course (Bisoc) training to further equip them with the knowledge, attitude, skills and values needed in making them more capable and skilled specifically on anti-insurgency and terrorism.

“As part of the marching orders from the higher command, I am enjoining you to help sustain that recognition and be mindful of all your actions,” Dickson said.