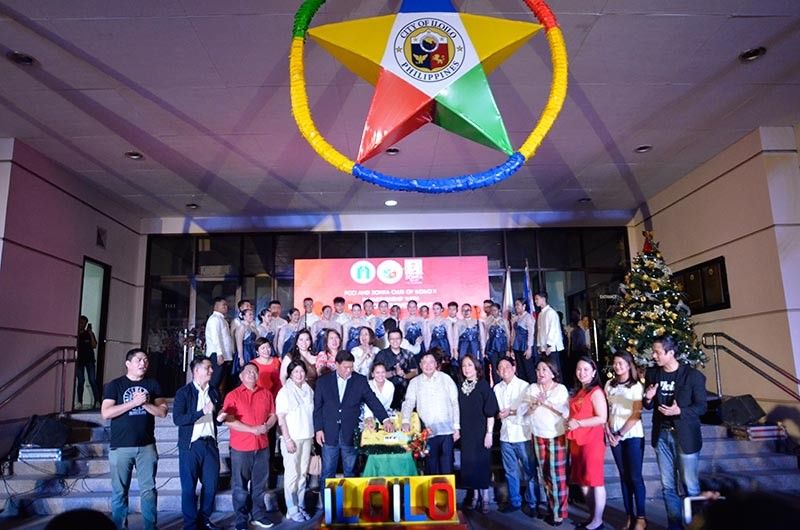 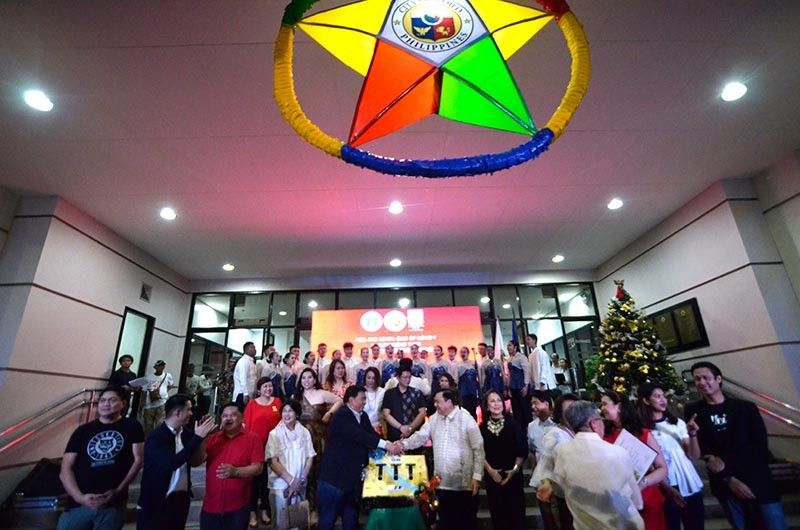 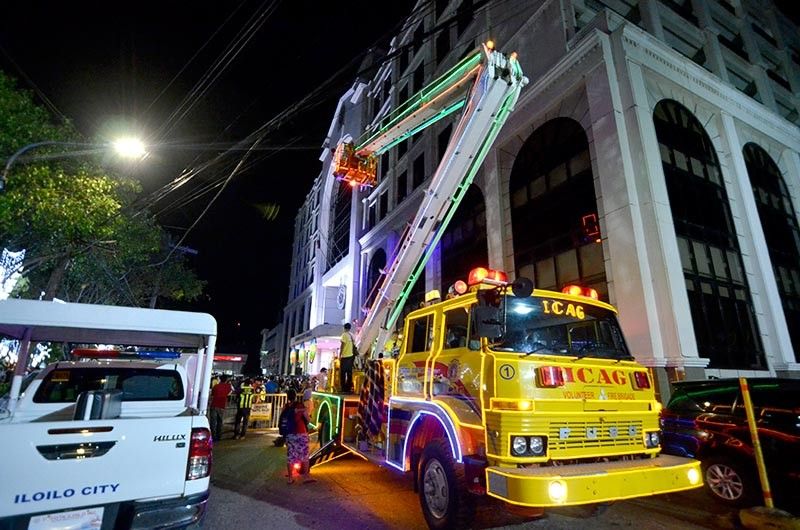 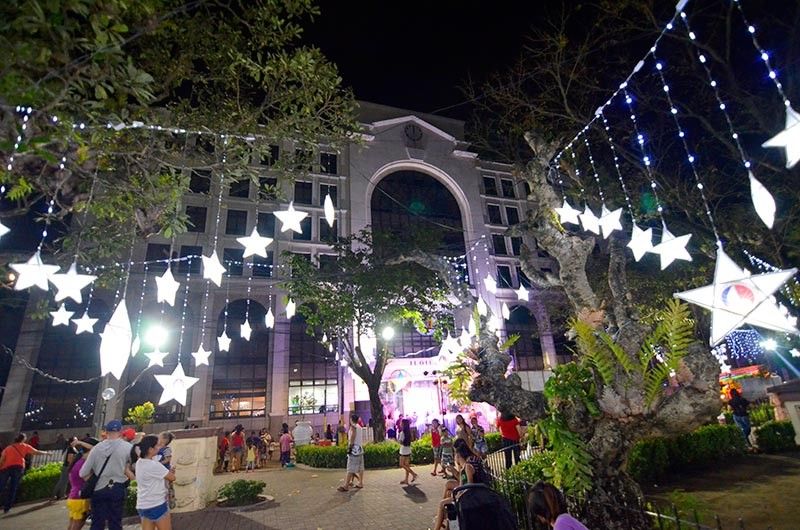 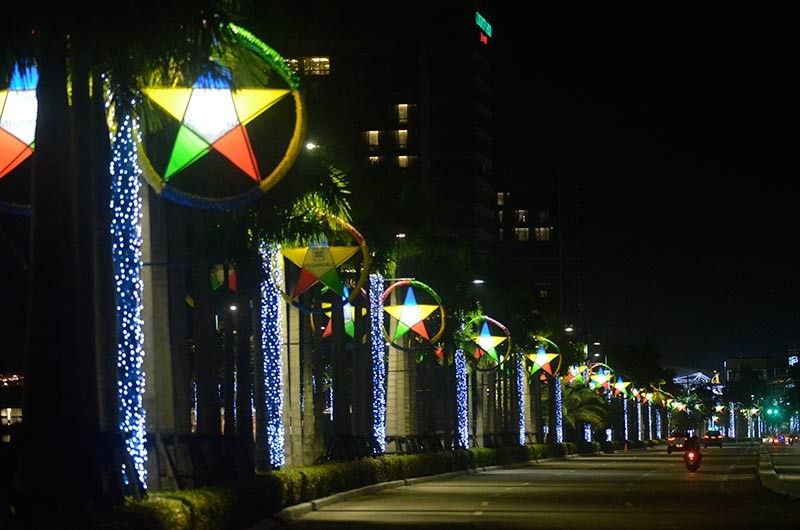 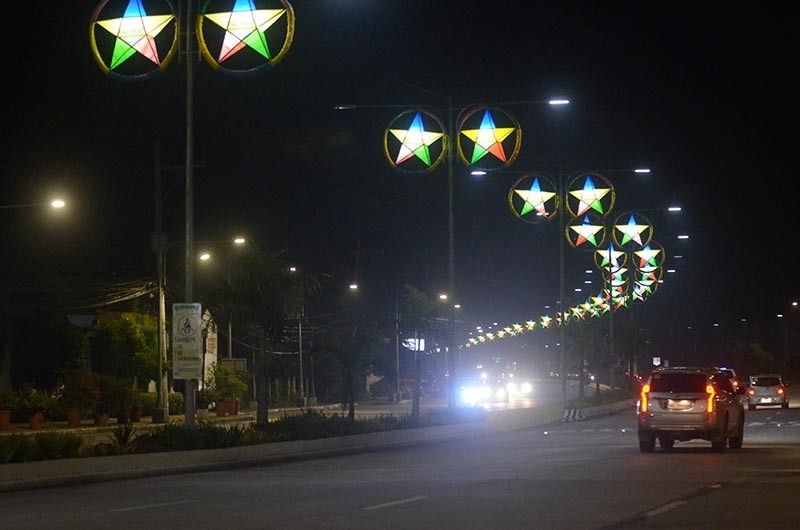 With Senator Franklin Drilon as the special guest, the ceremonial switching-on of more than 1,500 lanterns took place in front of the Iloilo City Hall.

More than 200 guests including city officials, businessmen, and barangay leaders witnessed the event, the first in Iloilo City history.

Treñas, in his speech, said the project of putting up Christmas lanterns in Iloilo City exceeded his expectations with efforts coming from Dr. Sandra Sarabia-Gomez, chairman of the PCCI-Iloilo and its president lawyer Jobert Peñaflorida.

Treñas recognizes the Public-Private Partnership (PPP) between the City Government and the private sector especially the untiring effort of the PCCI-Iloilo with Peñaflorida and board of directors Maritess Lim, Vincent Abellar, Alma May Tayo, and Vidette Ong of the Zonta Club of Iloilo City II who took time to visit the jail during the height of the assembly of the parols at the compound of the BJMP District Jail in Jaro District.

Other support groups composed of Junel Ann Divinagracia of the City Tourism Office, engineer Salvador Pedregoza of the City Engineer's Office and Jail Superintendent Mary Chanette Espartero of the BJMP were given recognition during the ceremony.

“With the strong support coming from the private sectors, this initiative was made into reality. The parol making is also a way of involving BJMP inmates, an activity that aims to help them financially,” Treñas said.

Treñas said that the parol project gave them a sense of fulfillment for doing something worthwhile which is helpful to Iloilo City.

“The project made them feel they are still part of Iloilo City in spite of the fact that they are inside the prison,” Treñas said.

Aside from the financial assistance to the inmates, the lanterns will also promote many companies, organizations, and brands that took part in the project as their logo appears on the lantern hang all over the city.

The mayor said the different colors of the lanterns show that "even if we come from different political orientations, different religious beliefs and different racial differences, for Iloilo, we are one."

This project sends a strong message of inclusivity among the Ilonggos in Iloilo City.

“As the Chinese leader once said, there is unity in diversity,” Treñas said. “As we level up, no one will be left behind.”

For the mayor, this project is the manifestation of the strong commitment to always level up the activity and celebration herein Iloilo City especially this Christmas which will give meaning to the birth of Christ.

“This parol will serve as the hope for a better and brighter tomorrow, as we together will give a strong image of light and a new brand of optimism for the Ilonggos,” Treñas said.

Treñas said Iloilo City is now booming because of the cooperation of the Ilonggos.

Drilon in his speech said that working with Treñas, he gets more encouraged and inspired to do more for Iloilo. The senator said he was very surprised and amazed seeing so many lanterns upon entering the city.

Drilon also thank the prisoners in the city jail for making the 1,500 lanterns.

“That is the kind of innovation that we need because, in the environment that we work today, apart from being united, we have to innovate because of the competition we see around us. That is the only way that we can succeed,” Drilon said.

Drilon assured the people of his full support.

The lanterns will be hanging until the end of January 2020, as Iloilo City welcomes its guest for the much-awaited Iloilo Dinagyang Festival and the Chinese New Year Celebration.