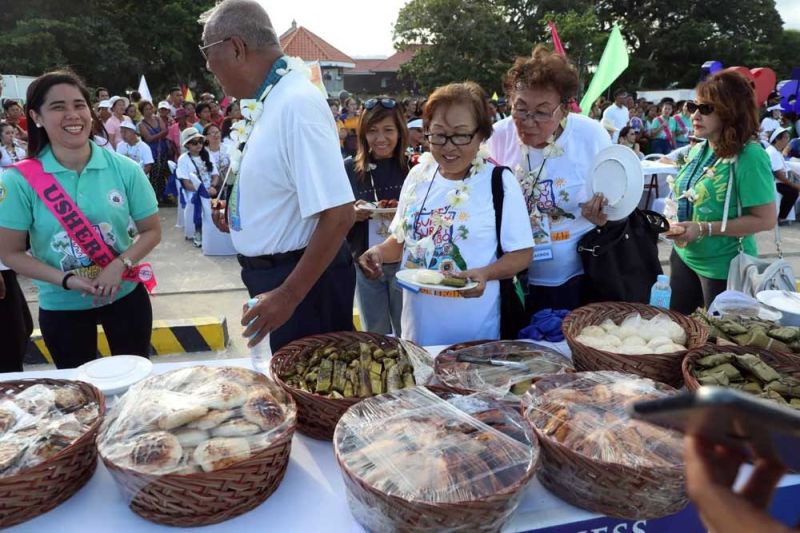 ALTHOUGH she has been living in Minglanilla for most of her life, retired school teacher Octavia Sellon said there is still so much more to learn about southern Cebu.

As an early birthday gift, a former student of hers treated her to a southern journey via the Provincial Government’s Suroy-Suroy Sugbo on Nov. 15-17, 2019.

“I was very happy because the gift was unexpected. I really like joining the Suroy-Suroy Sugbo because we get to learn about the towns’ history, culture and heritage through the locals. It’s not the same as just reading books,” Sellon told SunStar Cebu.

The three-day tour was Sellon’s second time joining the activity.

The 70-year-old first participated in a northern escapade during Gov. Gwendolyn Garcia’s earlier stint. She said the Suroy-Suroy Sugbo was never the same after Garcia left the Capitol, forcing her to skip several activities in the past six years.

“After finding out that the governor was going to bring back the old Suroy-Suroy, I was intrigued and, luckily, my former student had given me this opportunity to join as a surprise birthday gift,” Sellon said.

Except for a miscommunication over breakfast in the resort where she stayed on the second day, Sellon said the activity was ideal and convenient for retirees like her who still want to explore.

The three-day activity kicked off in Minglanilla, Sellon’s hometown.

From Minglanilla, the 147 participants aboard three tourist buses then proceeded to the towns of San Fernando, Sibonga, Argao, Dalaguete, Alcoy and Boljoon. In each town, they were welcomed with local dishes and cultural presentations.

More delicacies and cultural shows were showcased on the second day by the towns of Oslob, Santander, Samboan, Ginatilan, Malabuyoc, Alegria, Badian and Moalboal.

The towns of Alcantara, Ronda, Dumanjug and Barili and the cities of Carcar, Naga and Talisay were the destinations on the third and final day of the activity.

A grand fireworks display in Talisay City capped off the event.

Provincial Tourism Office officer-in-charge Maria Lester Ybañez, for her part, said most of the host towns would have wanted more time to showcase their culture and delicacies.

“Since we’re on a tight schedule, we have to stick with the plan. If we would prolong the activity, it would exhaust our guests and they would no longer enjoy the activity. But as we prepare for our other Suroy trails, we will be incorporating changes along the way,” she said in Cebuano.

Ybañez said they encountered minimal parking concerns for the convoy of Capitol vehicles and tourist buses.

She added that most of the participants of the southern trail already expressed interest in joining the northern leg on Jan. 22-24, 2020.

Mariano joined the activity to oversee security measures. He also visited the police stations in the south. (RTF)