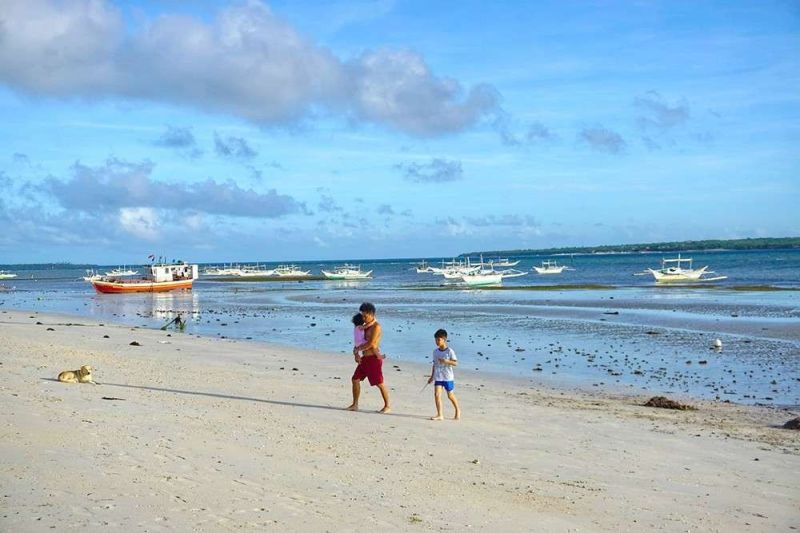 CEBU. In 2021, this empty beach in Bantayan may be teeming with local and foreign tourists. That is, if the plan to turn the airstrip in Sta. Fe into a commercial airport is realized. (Alex Badayos)

ENVIRONMENTALIST and lawyer Antonio Oposa Jr. asked authorities to ensure the sustainability of the development of Bantayan Island amid efforts to lift its protected zone status.

Oposa, who traces his roots to Bantayan Island, said he is not against any development there as long as concerned agencies and the local government units will come up with a general management plan, proper land use plan and a water carrying capacity plan.

To pave the way for the titling of lands in Bantayan Island, the House of Representatives approved on Nov. 4, 2019 House Bill (HB) 3861, which seeks to reclassify Bantayan Island and remove it from the list of protected zones.

The bill authored by Rep. Janice Salimbangon (Cebu, 4th district) aims to rationalize the management of natural resources in the municipalities of Madridejos, Bantayan and Sta. Fe.

The land in Bantayan Island cannot be titled to any individual or government agency because former president Ferdinand Marcos issued Proclamation 2151 in Dec. 1981, declaring Bantayan Island as a wilderness area.

The proposed bill seeks to change this and will allow the residents of the towns of Madridejos, Sta. Fe and Bantayan to have their lands titled.

In an earlier interview, Gov. Gwendolyn Garcia said the move is seen to boost the island’s economic development as it will become more attractive to investors because lots there will now be alienable.

According to the 2015 census, Bantayan has a population of 120,447. Residents there rely on fishing, poultry and tourism for their livelihood.

However, Oposa cautioned that should there be plans to develop the island as a result of the reclassification, a general management plan must first be crafted.

“We are not against development that respects the limitations of nature. We are not fighting anyone. We are just saying this so that Bantayan will not face the same problems as Mactan or Boracay,” he said.

He said there is a need for the Department of Environment and Natural Resources (DENR) to come up with a general management plan that delineates very clearly the limits of the parks and wilderness area, as provided for in Section 4 of Article 12 of the Philippine Constitution.

“It cannot be reclassified entirely. It has been delineated but it’s not clear yet. They already started it but it was not finished. How can we trust the government to manage it when they have not even protected the existing protected areas where there is encroachment?” he said.

“However, that is not the fault of the existing DENR administration, but of the system where there is not continuity,” he added.

Oposa said concerned agencies must also have a proper land use plan that will determine which area is for agriculture, commercial and industrial.

He also stressed the need to determine the water-carrying capacity of Bantayan.

“For instance, kung usa ra ka gallon ang tubig unya butangan og 100 ka tawo, unsa na lang ang imnon (if there is only one gallon of water and there are 100 people, what will they drink)? According to a study by a university in Cebu, fresh water is very limited in Bantayan. All of 72 test wells there are contaminated with nitrates, mga iti (chicken dung),” he said.

SunStar Cebu tried to reach Mayor Arthur Despi of Bantayan for comment but he was not available as of press time. (S)