A different kind of holiday lechon 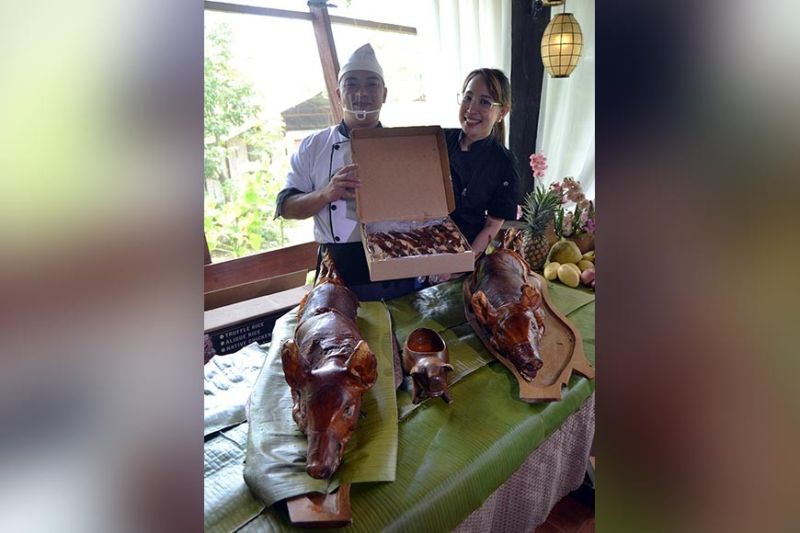 Pollo Porco offers lechon that will tickle the taste buds of the Dabawenyos. Anne Lorraine Domingo-Yap said here in Davao, you would not normally find a lechon house that serves lechon stuffed with truffle or aligue rice. (RJ Lumawag) 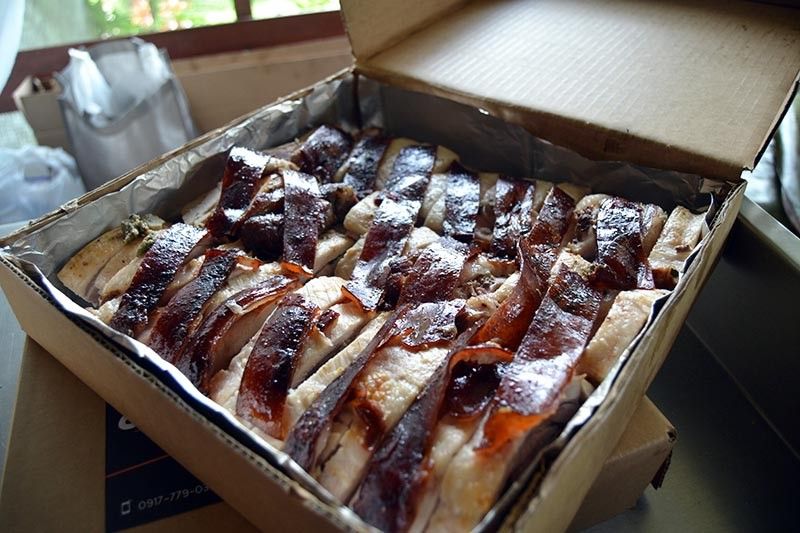 For smaller groups or those who will be having picnics, you may opt for Pollo Porco's Litson sa Karton at P1,850 for three kilograms. (RJ Lumawag) 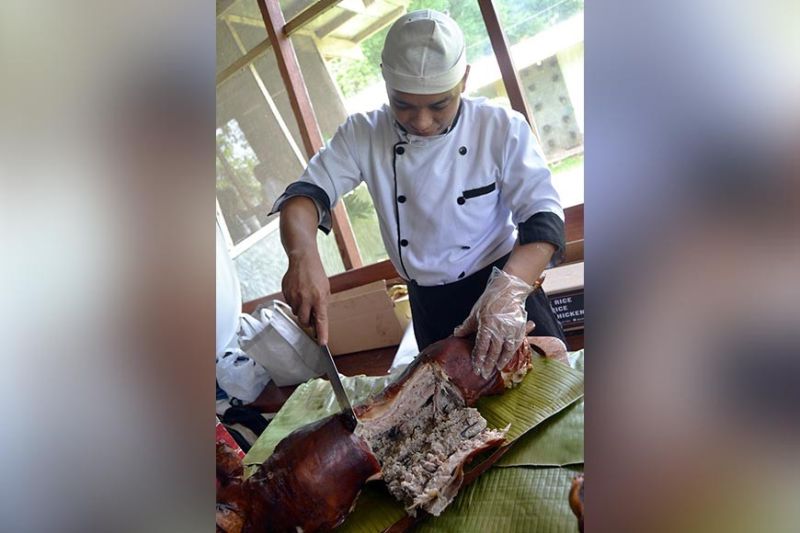 A chef cuts the lechon open to reveal the stuffed truffle rice, which adds another layor of flavor to the lechon. (RJ Lumawag) 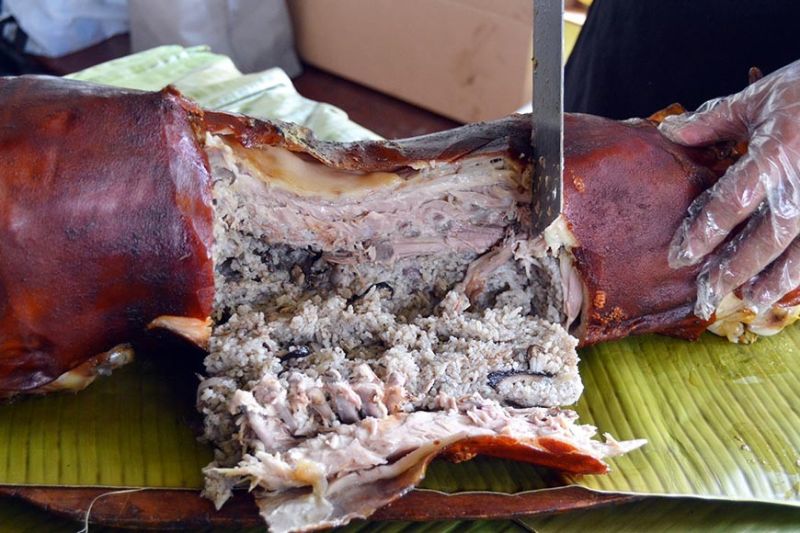 This lechon is stuffed with truffle rice, which gives the lechon an added texture and another layer of flavor. (RJ Lumawag)

LECHON. This roasted pig is a staple among Filipinos when there are special occasions or celebrations. This coming holiday season, you will seldom find Christmas party that is without a lechon.

Pollo Porco, which is known for its chicken-stuffed lechon, has recently introduced to the Davao market a different kind of stuffed lechon.

In time for the Christmas season, Pollo Porco is introducing to Dabawenyos its Truffle Rice and Aligue Rice lechon.

She added that in Luzon, the prices of stuffed lechon like the Truffle Rice Lechon are priced on the higher end.

Pollo Porco, which started in Cebu in 2002, is not only offering Dabawenyos uniquely stuffed lechon. Glenn Yap, owner and founder of Pollo Porco, said the main product that they are offering to Dabawenyos is their Cebu lechon.

"I went to school in Cebu, after I graduated...it entered my mind to open a lechon business in Cebu," Yap said.

However, when he returned to Davao, he stopped the business in Cebu and continued it here offering Dabawenyos the Cebu lechon.

"When we talk about lechon, Cebu lechon, it is the herbs and spices that we use," Yap said.

Their lechon is priced at P3,800 for the small size, P4,200 for medium, P4,500 for large, and P5,500 for extra large. Domingo-Yap said for those do not want to have a whole roasted pig on the buffet table or for smaller groups, they have the Litson sa Karton at P1,850 for three kilograms. Litson sa karton is chopped pork belly.

Yap said they have been using the same recipe since they started.

He said the market for lechon is quite competitive and a challenge.

"The challenge for us is how to have Dabawenyos to try Cebu lechon," Yap said.

Domingo-Yap pointed out that the Cebu lechon is on the saltier side and the Davao market prefers it less salty. She said when someone orders from them, they would ask if they want it the regular, salty, or less salty.

Pollo Porco has set its eyes on offering Dabawenyos not only the delicious Cebu Lechon but also stuffed lechon that enhances the experience you have when dining lechon.

At present, Pollo Porco has no physical store but they are available at Chikaan at the second floor of Abreeza Mall. You can also order from them through their Facebook page or contact them at (082) 241-0227 or 321-1343.