Singapore firm eyeing to develop Pond A at SRP 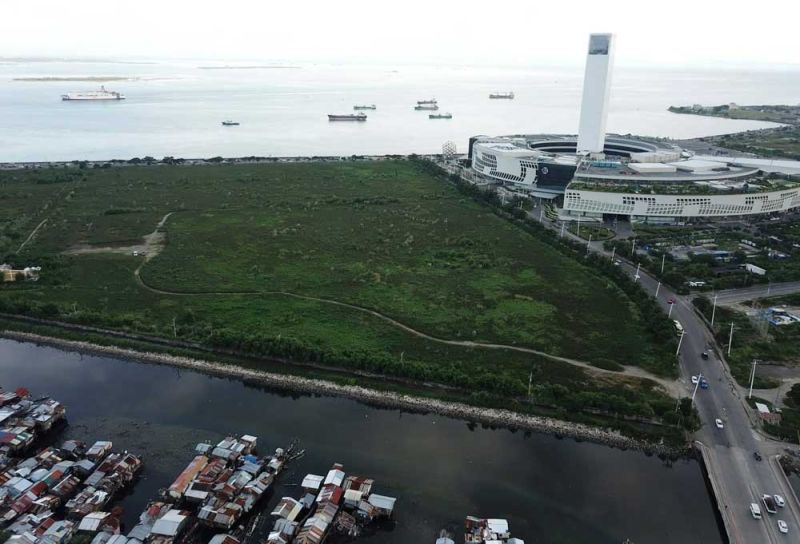 UNSOLICITED PROPOSAL. Another developer has expressed interest to invest at the South Road Properties (SRP) in Cebu City. Singapore-based Harbour Group wants to build a five-star hotel and resort, a yacht club, condominiums and a retirement village, among others, on Pond A. However, SRP manager Jose Daluz III finds the proposal “too good to be true.” (SUNSTAR CEBU / ALLAN CUIZON)

A SINGAPORE-BASED company is interested in developing a portion of the South Road Properties (SRP).

In the letter, Harbour Group said it wants to build a five-star hotel and resort, a VIP medical wellness center, a five-star marina and services yacht club, residential serviced apartments, condominium units and a retirement village.

It also plans to construct commercial units, retail units, a five-star casino, a shopping center, leisure and entertainment access along with a parking road and water transport facilities.

The investment value amounts to between P25 and P50 billion.

In its proposal, the Cebu City Government will receive 10 percent of the gross real estate rental revenues from the integrated resort, commercial and shopping center and marina services.

The Harbour Group will receive a 99-year lease for the sale and resale of all residential units.

The City Council has referred the letter to the City’s joint venture selection committee (JVSC) for evaluation.

SRP manager Jose Daluz III, who is also part of the JVSC, said they have yet to discuss the proposal.

He confirmed he already saw the letter and found the proposal “too good to be true.”

Daluz said they still have to study and learn more about the company and its financial status, considering that it has no local partner.

He wants that the committee to study the project thoroughly, as he deems it “too idealistic.”

He advised the Harbour Group to partner with a “reputable” Filipino firm and hire a local lawyer, who knows the city’s laws and ordinances.

Daluz said Harbour Group needed to submit another proposal since what it submitted did not follow the guidelines set by the JVSC. However, he did not point out what needed to be changed.

The SRP manager said Harbour Group wants to develop the 61-hectare Pond A.

As to the amount of the lease, Daluz said they are still waiting for the appraisal of the property to be completed.

He said the lot lease for the SM-Ayala consortium was worth P38,000 per square meter.

As to date, Daluz said the SRP still has 100 hectares ready for development and lease.

If the deal pushes through, Harbour Group will be the fourth firm to develop an SRP property.

The SM-Ayala consortium, which recently acquired its land development permit, has a total investment of P310 billion to develop a 26-hectare lot at the SRP.

The Universal Hotels and Resorts Inc. raised its investment from P18 billion to P25 billion for its project in Kawit Island, while Filinvest Land Inc. is investing P25 billion to develop its 19-hectare property. (JJL)