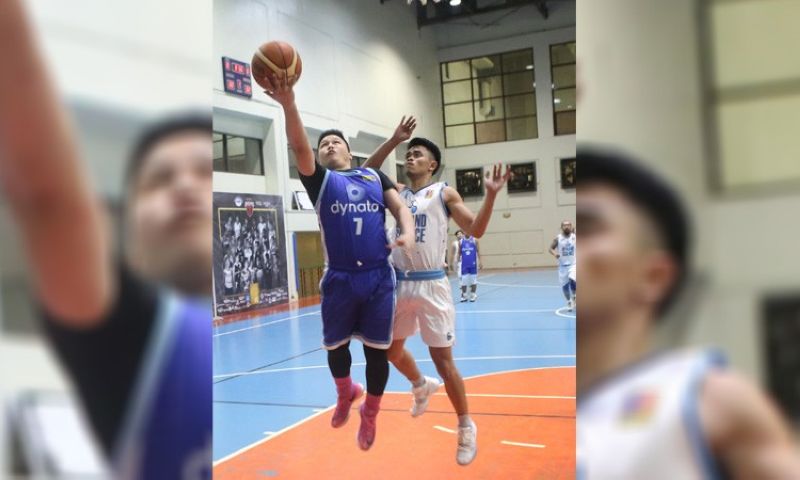 The Dynata Warriors have now won eight games in a row after defeating the Optum Knights to grab a share of the lead in the standings in the EVO League of the Tanduay Athletics E-Leagues for Basketball Season 15 at the City Sports Club-Cebu basketball court on Sunday, November 17, 2019. (Contributed foto)

THE Dynata Warriors picked up their eighth win in a row after defeating the Optum Knights, 62-52, to grab a share of the lead in the standings in the EVO League of the Tanduay Athletics E-Leagues for Basketball Season 15 at the City Sports Club-Cebu basketball court on Sunday, November 17, 2019.

Tommy Ugsimar spearheaded the Warriors’ attack as he had 24 points, eight rebounds, four steals and two steals to help Dynata improve to 12-2 and tie the idle Contact Solutions for first place in the standings.

Dynata turned things around in the third canto where they uncorked a 10-0 run that gave them a 48-40 lead heading to the last period. They would not relinquish that lead until the final buzzer.

In other Evo League matches, the dynamic duo of Ariel Edera and Matthew Grafilo powered the Kyocera Frontiers to a 90-60 rout of the winless CTC-BPO Panthers.

The win allowed the Frontiers to move just a half-game behind the co-leaders with their 11th win in 13 games. Edera flirted with what could have been a historic quadruple-double as he produced 28 points, 10 assists, nine steals and eight rebounds. Grafilo ended up with 27 points, three assists and three steals.

The Jets soared past the Tikas behind Rainer Obenza (20 points), Michael Labagala (15) and Raymond Basanez (10), who combined for 45 points.

The Demand Science Paladins, on the other hand, made it two-in-a-row after they downed the Author Solutions Philippines Inc. (ASPI) Hardbacks, 92- 70. John Camasura erupted for 34 points and also added eight rebounds, five assists and a steal to lead Demand Science’s fourth win in 14 games.

Jeffer Ardiente and Frances Manzanares added 12 points each and Andrew Martel had 10.