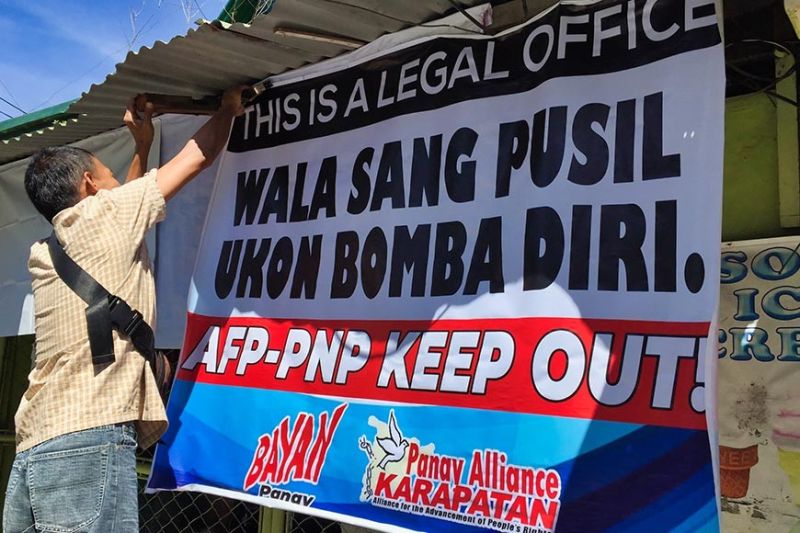 THE office of the Bayan Panay in Barangay Fajardo in Jaro District, Iloilo City placed a banner outside their office, saying it is a legal office and members of the Armed Forces of the Philippines and Philippine National Police should keep out.