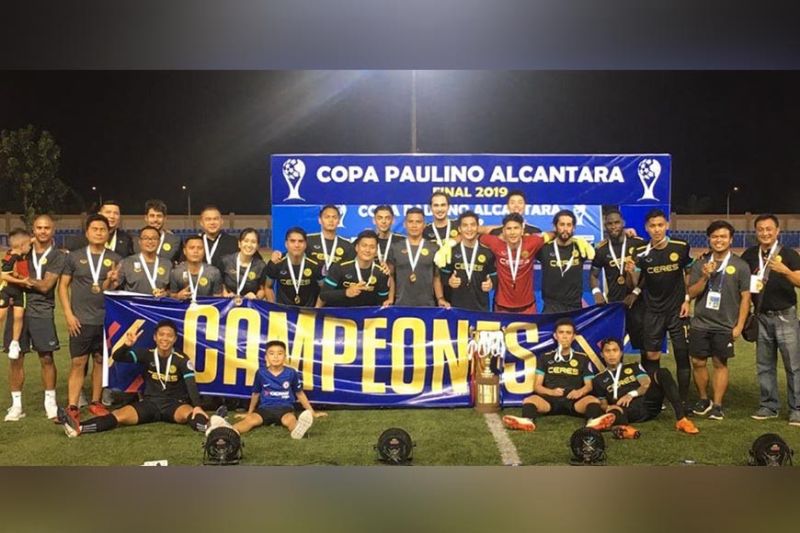 BACOLOD. Ceres-Negros FC in posterity after winning the Copa Paulino Alcantara over the weekend. (Alfe Sebuha)

Playing undermanned with only 14 players, the Busmen overcame their Visayan rival.

Tristan Robles and Robert Lopez Mendy scored in each half for the Busmen as Kenshiro Daniels delivered for Kaya.

The Busmen missed head coach Risto Vidakovic, Stephan Schrock, and Carlie de Murga -- who was unable to make it due to a national team duty.

Meanwhile, top scorer Bienve Marañon and Super Herrera were also given a break.