HOW does killing people not on purpose?

Even non-lawyers know this one. Grisly. Homicide is the act of one human killing another. Accidental, reckless, or negligent acts even if there is no intent to cause harm: hit-and-run. Accidental shooting. Euthanasia.

Then there's genocide -- the deliberate killing of a large group of people, especially those of a particular ethnic group or nation.

The term is based on the hybrid word "genocide," a combination of the Greek word ????? (meaning race or people) and the Latin suffix caedo (or the act of killing).

Wikipedia cited a staggering number of genocides in many countries: the Holocaust, the Armenian genocide and many other mass killings including the genocide of indigenous peoples in the Americas, Greek, Assyrian, Serbian, Holodomor, Indonesian, Guatemala, the 1971 Bangladesh genocide, the Khmer Rouge genocide of its people, and Bosnia, Darfur, the Rwandan and the Rohingya genocide. Whew!

Then of course we have abortion, a.k.a. infanticide or infant homicide, the intentional killing of infants.

Sadly, most mothers are far more likely than fathers to be the perpetrators of neonaticide and slightly more likely to commit infanticide in general.

Now we have a new way of killing our fellow human beings: ecocide, a criminalized human activity that violates the principles of environmental justice, such as causing extensive damage or destroying ecosystems or harming the health and well-being of various species, including humans.

The concept of ecocide as an international crime originated in the 1970s, after the American use of Agent Orange during the Vietnam War that devastated the Vietnamese people and wildlife.

The word was first recorded at the Conference on War and National Responsibility in Washington D.C. in 1970, where Arthur Galston proposed a new international agreement to ban ecocide. A biologist named Galston identified the defoliant effects of a chemical later developed into Agent Orange.

In 2010, environmental lawyer Polly Higgins proposed that the Rome Statute of the United Nations (UN) be amended to include the crime of ecocide to the UN International Law Commission.

"The extensive damage to, destruction of or loss of ecosystems of a given territory, whether by human agency or by any other causes, to such an extent that peaceful enjoyment by the inhabitants of that territory has been severely diminished."

Then lately, Pope Francis said that the Catholic Church is contemplating the introduction of "ecological sin" to the compendium of Church teaching.

"We have to introduce, we are thinking about it, in the catechism of the Catholic Church, the sin against ecology, the sin against our common home, because it's a duty," the Pontiff said. Amen. 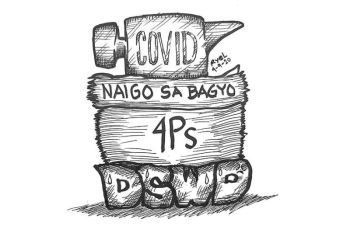