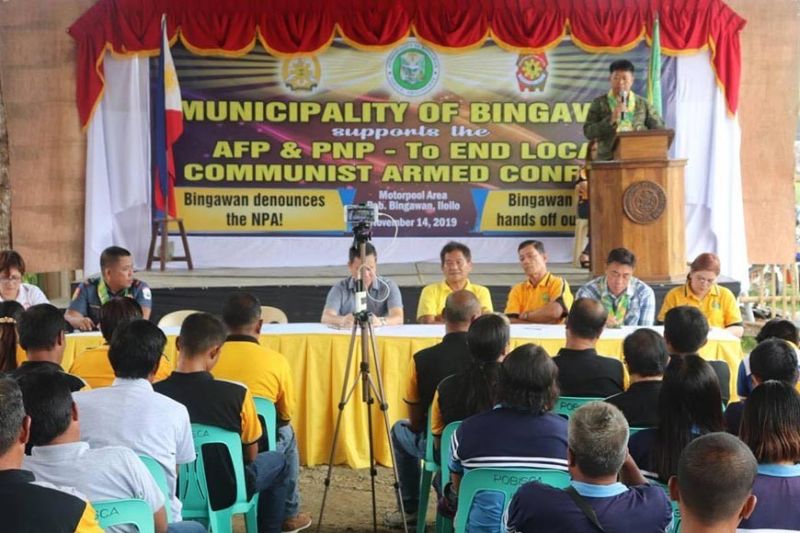 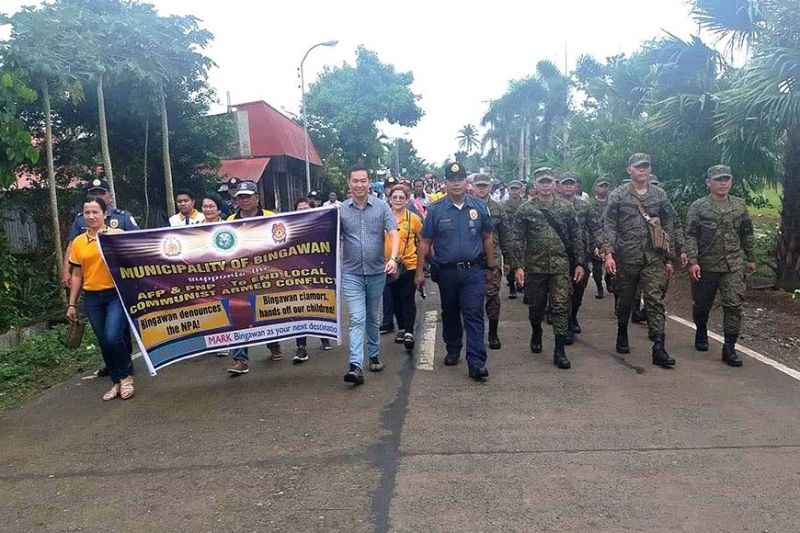 ILOILO. Residents of Bingawan and other stakeholders join the Walk for Peace around the town before the signing of the Municipal Task Force to End Local Communist Armed Conflict on Thursday, November 14, 2019, Bingawan town, Iloilo. (Contributed photo)

Executive Order (EO) 66, which created the MTF-Elcac, was also signed during the activity held at the Municipal Hall of Bingawan.

Also on Thursday, residents of Bingawan and other stakeholders participated in a Walk for Peace, which happened around the town.

Lieutenant Colonel Joel Benedict Batara, commanding officer of 61IB, praised the efforts of the people of Bingawan and the MTF-Elcac for making a strong and solid stand in condemning the Communist Party of the Philippines-New People's Army.

"I am commending the Bingawan people, as well as the members of the MTF-Elcac who made this activity a success," Batara said.

"Let us continue to work hand in hand for peace and development not only in this municipality but to the whole Panay Island. We are thankful and glad to the people of Bingawan for showing a united effort and having a leader with a consistent and strong political will to address insurgency," he added.

The 61IB, whose area covers the provinces of Iloilo, Capiz, Antique and Guimaras, has been successful in campaigning MTF-Elcac for the security, and peace and order.