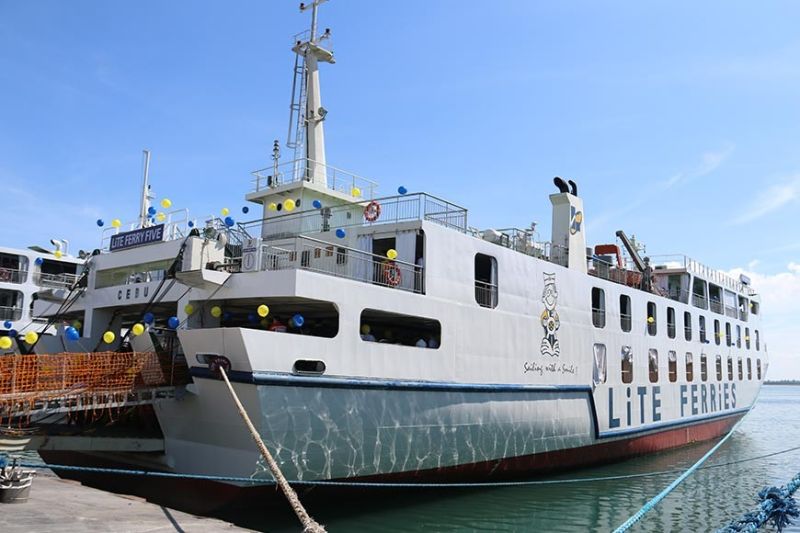 CONNEC-TING ISLANDS: Completed this year, the Lite Ferry Five will soon serve the Oslob, Cebu to Dipolog City, Zamboanga del Norte route, which was granted a pioneering status protection by Marina. It can ferry a total of 540 passengers and 23 10-wheeler trucks, with a maximum speed of 15 knots and a service speed of 13 to 14 knots. (SunStar photo / Amper Campaña)

LITE Shipping Corp. is modernizing its fleet to further grow in the sea transport industry which has benefited from the robust economic activity.

Chief executive officer Lucio Lim Jr. said the company’s fleet modernization also aims to get government incentives, including route protection and discount on fees and charges for applications and renewals, as provided by the Maritime Industry Authority (Marina).

The company has acquired a total of seven brand new ships, including its flagship vessel M/V Lite Ferry 88, in the last five years.

The six other vessels of the fleet were all below 20 years old upon acquisition.

Lim said his company now operates one of the youngest fleets in the Philippines.

But it will temporarily take the Oslob to Dapitan City route pending the dredging completion of the Dipolog Port. It has a travel time of only four hours linking Northern Mindanao much closer to Cebu island.

Lim also expects the arrival of another brand new vessel soon to boost his fleet, the 70-meter coastwise M/V Lite Ferry Nine, by December this year.

This upcoming new 2,107-ton ship, built in China and classed by the Bureau Veritas of France, will soon service the Jagna, Bohol to Cagayan de Oro City route on a pioneering status by Marina.

Marina’s route protection incentive was implemented to encourage the modernization, improvement and upgrade of the domestic fleet as well as the introduction of internationally classed brand new or newly constructed vessels in domestic shipping.

New or current ship owners or operators who will introduce International Association of Classification Societies-classed ships on their respective routes will be granted pioneer status.

Domestic ship owners or operators granted pioneer status will only be charged 50 percent of the regular fee in all applications and renewals of ship documents, licenses, certificates and permits, according to Marina. (CSL)