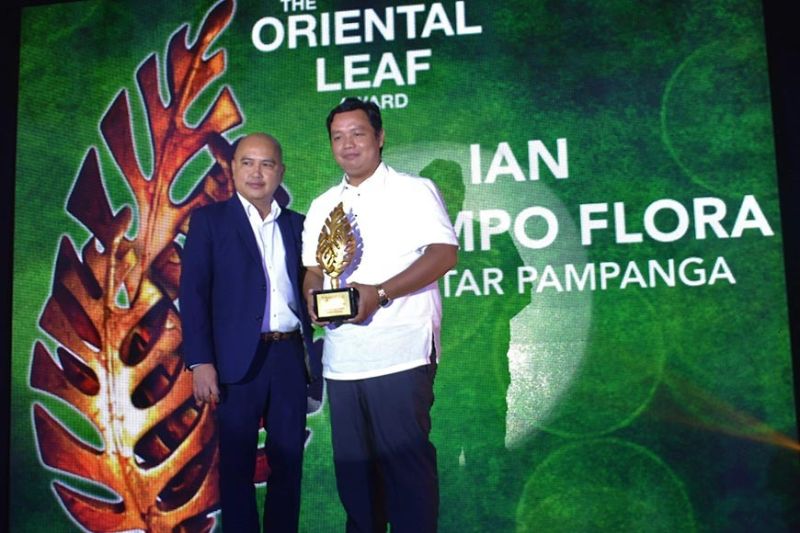 PASAY CITY -- Multi-awarded reporter Ian Ocampo Flora was formally inducted into the Hall of Fame of the Bright Leaf Journalism awards, as he was presented with the Oriental Leaf Award in ceremonies held at Fairmont Hotel here.

Flora is the first Kapampangan to be part of the elite Bright Leaf Hall of Fame.

Flora won first place in both categories of Environment Journalist of the Year and first place for Agribeat Reporter of the Year. Flora's body of works in the said categories includes compelling articles on environmental conservation, as well as community news on agriculture, climate change and fisheries.

Flora also won the Climate Change Story of the Year for his story "Economic losses and lesser yield: Agriculture sector faces greatest impact from climate change," which detailed the economic impact of climate change in the agriculture and business sector of Region III.

Flora also won the Best Agri Story of the Year for his article "Water Crisis by 2025: Pampanga groundwater source in danger." The article discussed the looming water problem in Central Luzon.

Flora covers the science and technology, agriculture, culture and arts, and provincial politics in Pampanga. He is also SunStar Pampanga's resident society columnist.