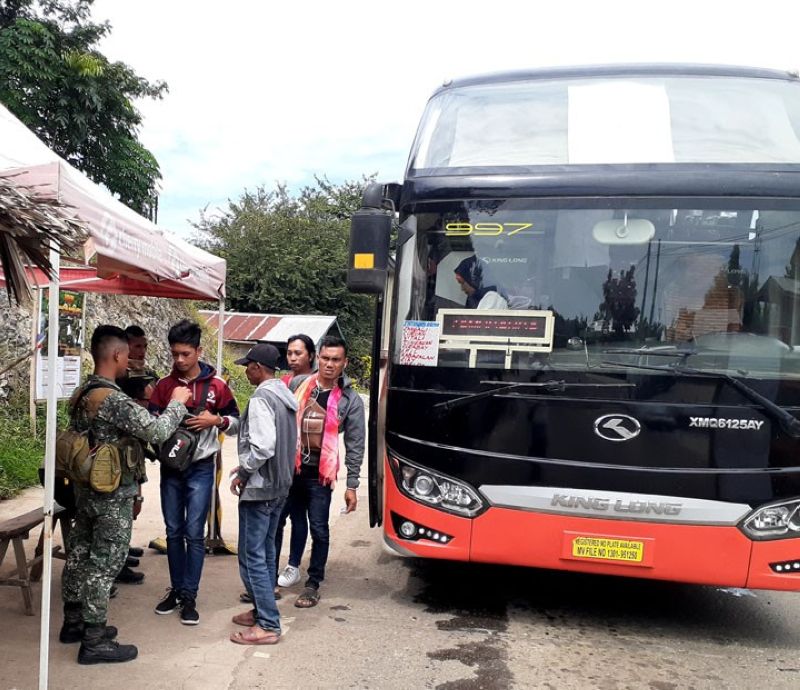 ZAMBOANGA. A personnel of the Marine Battalion Landing Team-11 checks the identification (ID) papers of inbound passengers from nearby provinces in line with the city government’s policy of “No ID, No Entry” that had been in place since the imposition of Martial Law in Mindanao. (SunStar Zamboanga Photo)

THE Philippine Marine Corps (PMC) has accorded recognition to Mayor Maria Isabelle Climaco-Salazar for her commitment to support the security forces, particularly to the Marine Battalion Landing Team-11 (MBLT-11), that significantly contributed to the successful accomplishment of the corps’ mission.

Specifically, Salazar was cited for her invaluable service of supporting MBLT-11 “by assisting the unit in performing the mission ranging from intensive security operations to civil engagements particularly in the East Central Areas of Zamboanga and by providing additional assets that greatly boosted the unit's capability which significantly contributed to the successful accomplishments of the mission of the Corps,”

Through Salazar’s flagship program Security Health and Education (SHE), the city government has appropriated over P1.9 billion for projects and programs for the security sector over the last five years. (SunStar Zamboanga)