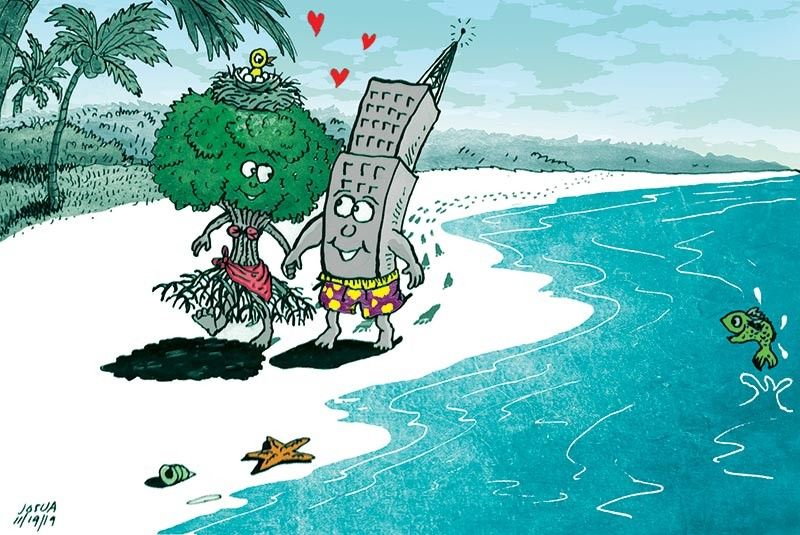 FOR decades now, it seems like Bantayan Island has been forever incipient, laid-back, always poised for something but not quite getting it. Although that is its source of charm and mystique, its full potential, which could have benefited its citizens, had not been real. Apart from its festive Holy Week, the island retreats to its bucolic, insular shed the rest of the year. Livelihood returns to the usual fishing and some agriculture and livestock.

The island pretty much thrives within the perimeters set by Presidential Proclamation 2151, passed in 1981 by the late president Ferdinand Marcos, declaring it as a wilderness area. As a protected zone, its resources could not be titled, sold or exploited in “whatever nature or forms of disposition.”

The island has three municipalities: Bantayan, Santa Fe, and Madridejos.

Santa Fe is the port of entry, Bantayan is the largest municipality and Madridejos is the peninsular north. Mainland Bantayan has a land area of 108.77 square kilometers. There are around 16 notable islets around the mainland, some of them hosting small communities.

Rich in agricultural land, blessed with diverse marine resources and with a strong potential as a self-sustaining island, Bantayan has been that sleeping beauty of Cebu’s far north.

Recently, the House of Representatives approved House Bill 3861, which seeks to re-classify Bantayan Island and remove it from the list of protected zone. While the proposal now sits in the Senate, it immediately sends an alarm because that law will at once strip the island of its usual shield from unscrupulous exploitation.

The bill, which Rep. Janice Salimbangon (Cebu, 4th district) authored, “rationalizes” the management of the island’s natural resources in the three municipalities.

By “rational” use, the bill re-classifies the “wilderness” area into agricultural, commercial, residential, industrial zones. The bill sets certain parameters or criteria to identify areas that should remain protected. But some lots in the islands can be titled.

Cebu Gov. Gwendolyn Garcia welcomes the proposal, saying it will boost development in the island, while pointing out the danger of over-development.

“It can happen to any other destination if the proper regulations are not put in place or laws not followed. It’s a challenge to chief executives tasked primarily with the duty to protect the environment and the people,” she said.

Before developments become a free-for-all and fall flat like in the case of Boracay and Mactan, reputedly dense and devoid of their old charm, government might consider creating a singular development body to make the efforts of the three towns coherent, coordinated, and spared of politics.

The island took its name from the security fortresses that were strewn on its shores. History tells you the island was and continues to be worth the vigilance.