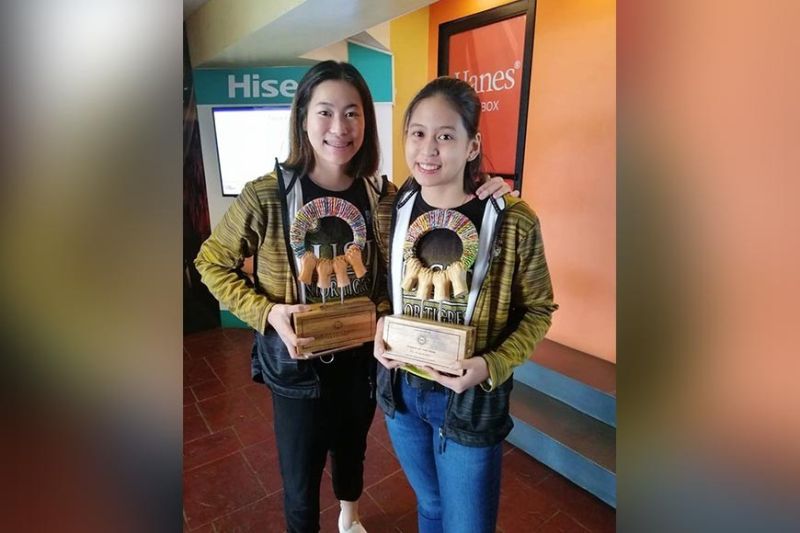 ANOTHER Kagay-anon volleybelles made waves in the hotly-contested University Athletic Association of the Philippines (UAAP) Season 82 in Manila.

Now playing for the University of Santo Tomas (UST) Jr. Tigresses, Athena Sophia Abbu and newcomer Ela Raagas were named among the season’s mythical five in the junior ladies division.

The 17-year-old Abbu received the second best blocker award, while Raagas, 14, was adjudged rookie of the year.

The 5-foot-9 Abbu is playing for her third season for the jr. Tigresses, while Raagas, 5’8, made remarkable note in just her first season.

Both were also teammates back in hometown Cagayan de Oro and made great memories in their alma mater at Angelicum Learning Centre.

The long-legged Abbu had long been noticed with her blocking prowess. Raagas, on the other hand, started her season with good impression as second best setter in the league and even lodged good stats including ace service and first line offense.

Their presence helped the Jr. Tigresses finished with a bronze medal this season.

“This is a beginning of something great for Ela and of course to Athena. It shows Kagayanons excel in volleyball,” said Ela’s ever supportive mother, Peanuts.

Undoubtedly, Ela and Athena thus follow in the footsteps of Ela’s elder sisters Martha and Rhea and cousin Erika Raagas.

Martha and Rhea are also playing with the UST Tigresses in the much tougher collegiate level, while the heavy smashing Erika is having a good season with the Ateneo de Manila University lady Blue Eagles.