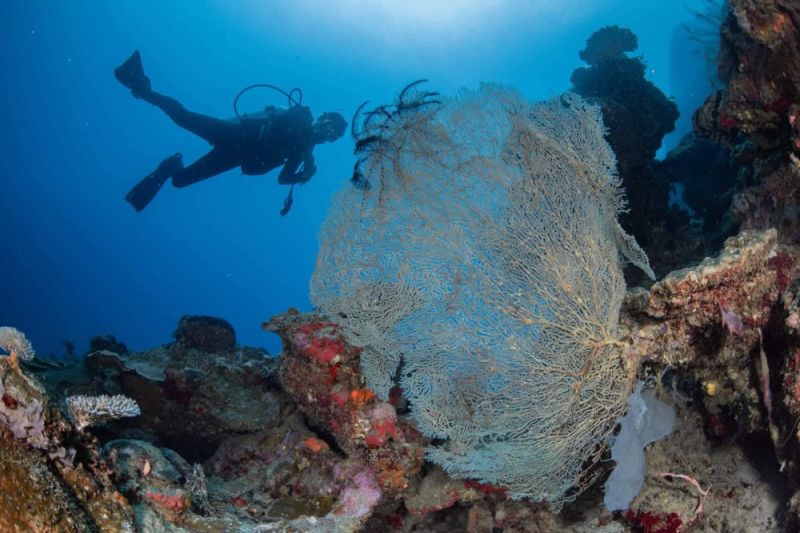 BACOLOD. A portion of Eva’s Point Extension Wall, one of the 42 diving sites in Sipalay City. The southern Negros Occidental city is a major tourist drawers of the province. (Contributed Photo)

THE top official of the Department of Tourism (DOT) in Western Visayas has expressed optimism that the agency will hit its tourist arrival target in the region this year.

DOT-Western Visayas director Helen Catalbas said the regional line agency targets 5.6 million tourists for 2019, or an increase of about 500,000 from 5.1 million last year.

Catalbas said bulk of the figure will come from provinces of Iloilo, Negros Occidental including Bacolod City, and Aklan particularly Boracay Island.

“Boracay, though, was factored in as we set a carrying capacity limit of six million, or minus one million, tourists a day there,” she said, adding that “so Iloilo will top the number of tourist arrivals to be followed by Aklan and Negros Occidental.”

Negros Occidental’s tourist arrivals will be close to that of Boracay, the regional director also said.

The projected increase is mainly attributed to the region’s hosting of meetings, incentives, conventions and exhibitions (Mice).

For Negros Occidental alone, the tourist arrivals in the province including its capital Bacolod City reached to almost 1.76 million in 2018, two percent higher than about 1.72 million in 2017.

Another boost to the tourism industry in the region is the additional connectivity, specifically more flights connecting Western Visayas to other destinations.

Citing the recent start of operations of low-cost carrier AirAsia to Negros Occidental as its 12th and only domestic destination opened this year, Catalbas said the additional flights would certainly add to the tourism traffic in the region.

The airline, during the launching last month, announced that it already booked around 10,000 seats for Manila to Bacolod flights scheduled until December this year.

“The more connectivity that we have, the better for us,” she said, adding that this means to say that Negros Occidental, Iloilo, Capiz, Antique and Guimaras are now connected to the rest of the countries.