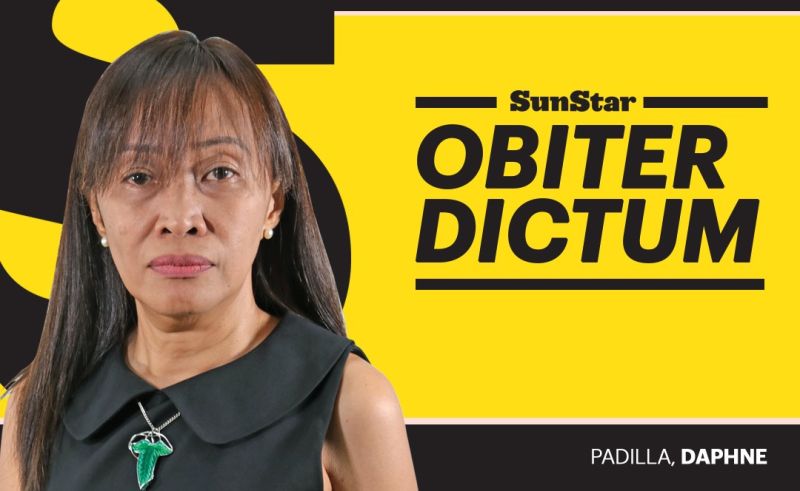 TO BE the number one country with the fastest growing HIV epidemic in the world tells us that religion does not really dent sexual behavior in the only Christian country in Asia. UNAIDS Philippines recorded about 13,384 new HIV infections by the end of 2018 which is “203 percent higher than infections recorded in 2010, with only about 4,419.”

UNAids Philippines further estimates that there are around 77,000 Filipinos living with HIV with only 87 percent of that recorded. In 2019, DOH recorded 1,200 AIDS-related deaths. Unfortunately, I know five of that 1,200 and for the longest of time I have encouraged sexually active friends to get tested and to use condoms. It’s easier to nag them while they are still healthy and yes, alive.

In all those nagging years, I have come to the conclusion that it is easier and funnier to nag my gay friends than my straight ones. I come prepared with data like that of UNAids when I nag and would even paint a more repulsive picture if only to increase fear, encourage HIV testing and condom use. Sometimes it does not work and I am “seen-zoned” which I do not truly mind. The thing about discussing reproductive health issues is they would often ask you about your own sexual behavior in case you also practice what you preach. Doing so with gay friends is replete with stories unfit for publication but then opens possibilities of HIV education or intervention like putting condom machines in toilets of bars and drinking spots. The ‘hurt’ ego of my gay friends are often veiled by sarcasm and drowned by laughter.

My straight friends are a bit trickier to convince as they would often flaunt their machismo by drawing the I-know-how-to-choose-my-partner card heavily doused with she-is-smart-and-honest which I counter with eye rolls to the back of my cerebrum. The latest straight friend I convinced to take an HIV test said that the female f**k buddy herself refused condoms but took pills instead which I countered with “no pill saves you from STDs”. He only quaked when I added, she might eventually stop taking the pill without your knowledge and have your kid and how would you prefer that instead? This time his eyes widened, jaws dropped and deathly silence meant I hit the target. Sex after all was just one of his needs but a child with her was never welcome even if this “earnest” partner would drive to his house at wee hours to, well, talk about the West Philippine Sea. But from these straight friends I learned that motels give out condoms upon check-in only that like these cheap motels, the condoms are of the cheap kind too -- thick and smelling like new tires. I was told that one can call to have other brands delivered to the room but often the male ego gets in the way.

The HIV epidemic in the Philippines is getting younger (15 years old) and if the schools and church can help increase the awareness in responsible sexual behavior it might help the government craft a more proactive program for curbing the epidemic. But now, with this latest UNAIDS report I am reloading my bullets and onto a nag fest soon.