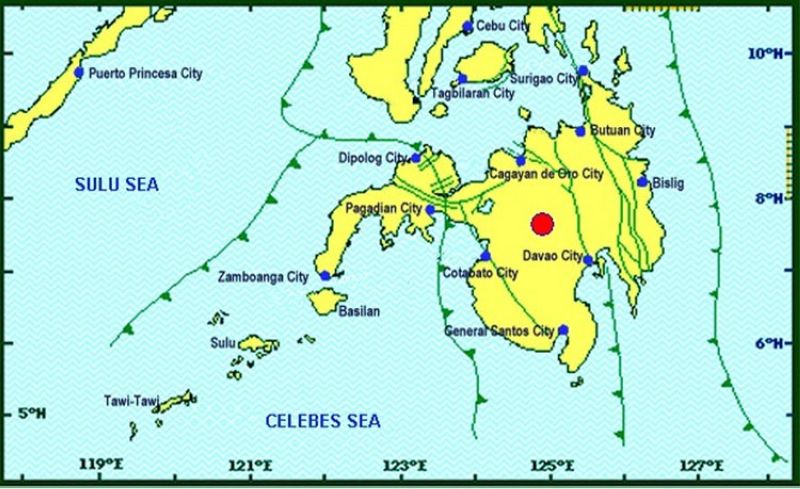 The Philippine Institute of Volcanology and Seismology (Phivolcs) said the quake, which struck at 9:22 p.m., was centered six kilometers northwest of Kadingilan in Bukidnon province.

It was tectonic in origin. Phivolcs initially said it occurred at a depth of 10 kilometers, but later revised this to only five kilometers. Shallow earthquakes tend to be destructive.

The tremor was felt at intensity 5 in Kidapawan City and intensity 4 in Davao City and Cotabato City.

Phivolcs said the quake will not cause any damage, but aftershocks are expected. (SunStar Philippines)