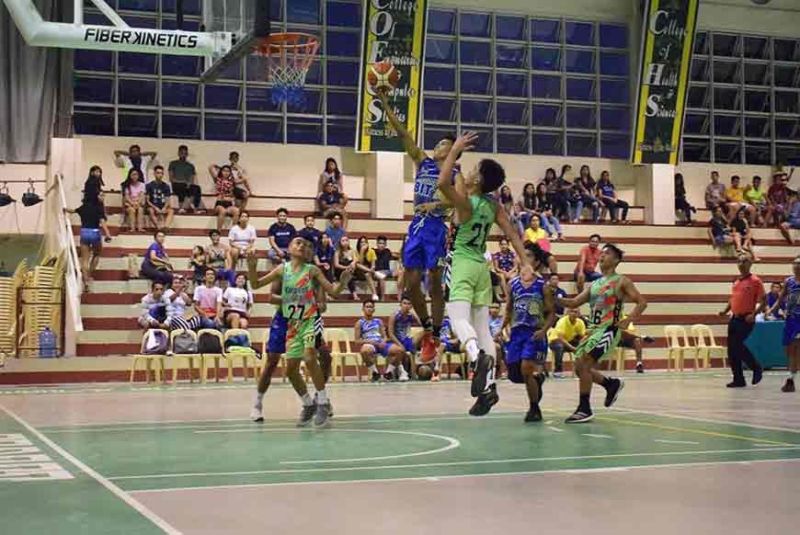 CEBU. A player from BIT IC dares the defense of GLA in their game in the BSAA. (Contributed photo)

THE GreAtMinds Leadership Academy Knights completed a clean sweep of the elimination round after they edged the BIT International College, 81-80, in overtime in the Juniors division of the Bohol Schools Athletic Association (BSAA) Season 9 at the Barder Gym in Tagbilaran City last Sunday, November 17, 2019.

The win gave the Knights a perfect 10-0 win-loss record at the end of the elimination round, which was good enough to give them the top seed in the semifinal round. On the other hand, BIT IC fell to the second seed with an 8-2 card.

John Ponla led the Knights with 26 points and four rebounds, while Kobe Naron had 19 markers. James Dumapias had 12, while Josh Cadungog tallied 10.

Meanwhile, the Bohol Wisdom School (BWS) defeated the Dr. Cecilio Putong National High School (DCPNHS), 115-62, to close out their campaign in the elimination round with a 6-4 slate.

GLA would now be taking on BWS, while BIT IC battles the University of Bohol in the semifinal stage of this tournament, which starts on Friday, November 22, at the UB gym. (JNP)