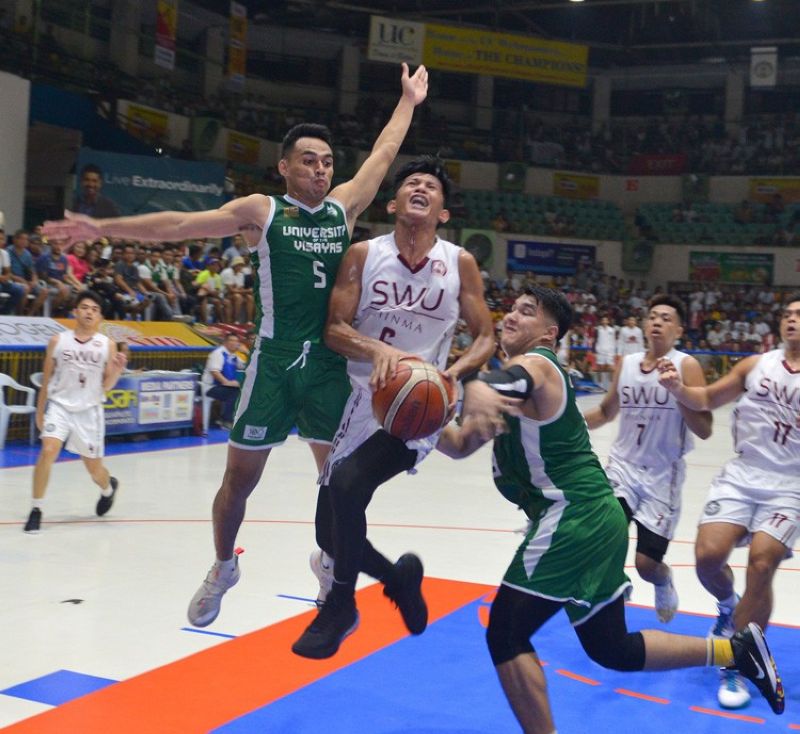 SIR Shaquille Imperial has indeed come a long way from sitting at the end of the bench early in his collegiate career to becoming one of the most important pieces of the title-contending Southwestern University-Phinma Cobras.

The Cobras are just a win away from capturing its third title in the Cebu Schools Athletic Foundation Inc. (CESAFI), thanks in large part to the steady play of Imperial, a proud son of Lapu- Lapu City, who made a crucial three-pointer with just seconds remaining in Game 1 to help vanquish the three-time defending champions University of the Visayas, 70-66.

With the Cobras so very near to the mountaintop, Imperial could not help but look back on his basketball journey, one that took him to Manila where he played for the University of Perpetual Help Altalettes in the NCAA high school basketball tournament.

“I started playing basketball when I was six years old and my father influenced me to play basketball,” shared Imperial who was named by his father Moises after NBA legends Shaquille O’Neal and Charles Barkley. “After our SK barangay championship in Lapu-Lapu, coach Marvin (Caro) talked to me about the prospect of playing for UPHDS.”

Not long after, Imperial gained a reputation for being a potent scorer in the high school ranks.

However, college came and he soon made the decision to move back to Cebu in order to be closer to his family. He soon found a home in the Cobras’ lair.

His career with the Cobras however, has had its fair share of ups and downs, with SWU-Phinma even finding itself near the bottom of the league during the 2018 season. Their fortunes however, changed in 2019, with the arrival of talented foreign student-athlete, Lamine Thiam, from Senegal.

After winning the preseason’s Partner’s Cup, the Cobras have kept it going, making it to the finals and even winning Game 1 last Monday, to place itself a win away from ending a five-year championship drought.

“I just feel blessed! Most of the teams here want to make it to the Cesafi finals and I’m grateful to be given that opportunity. Hopefully, we can bring back the title to the Cobras. As a basketball player, that’s really one of our goals: to win a championship for our school.”

Imperial, however, is well aware that UV will not just hand them the title come Game Two.

“UV is a strong team. They are very experienced playing in the finals. We need to work harder on both ends of the floor, really give it our all, stick to the gameplan and trust one another to pull this one off,” said Imperial.(SunStar Cebu)