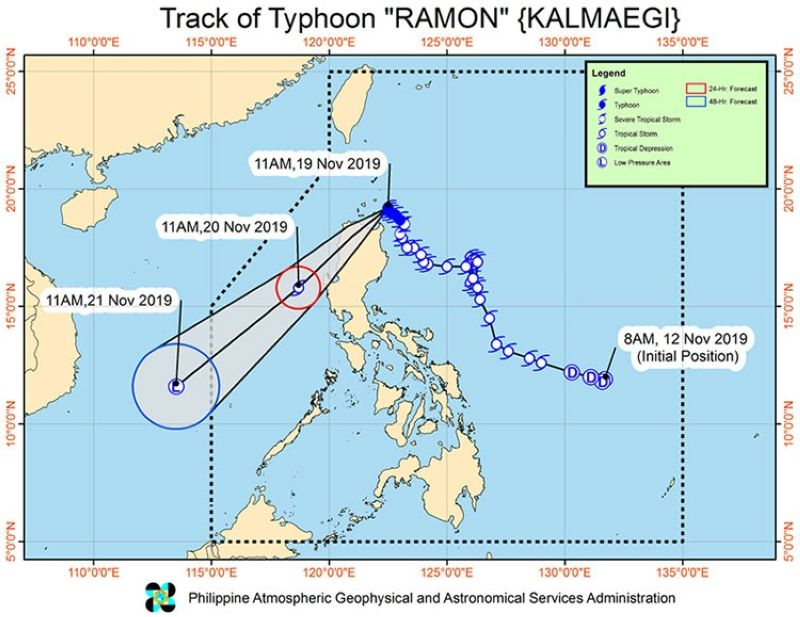 THE state weather has warned residents in La Union and Pangasinan of a possible two-meter storm surge and advised people in Babuyan Islands to prepare as Severe Tropical Storm Ramon is expected to make landfall in the area today, November 19.

The Philippine Atmospheric, Geophysical and Astronomical Services Administration (Pagasa) said in its 2 p.m. advisory that Ramon may make landfall Tuesday afternoon or evening but due to the land interaction and the northeast Monsoon, it will weaken following landfall.

Pagasa has advised residents in the aforementioned areas, especially those living in areas identified to be highly or very highly susceptible to flooding and rain-induced landslides, to take appropriate actions, coordinate with local disaster risk reduction and management offices, and continue monitoring for updates.

Pagasa is also monitoring a low pressure area (LPA) that was spotted as of 1 p.m. at 670 kilometers east of Borongan City, Eastern Samar.

The LPA is expected to develop into a tropical depression within 12 hours, said the weather bureau. (EZN/SunStar Philippines)