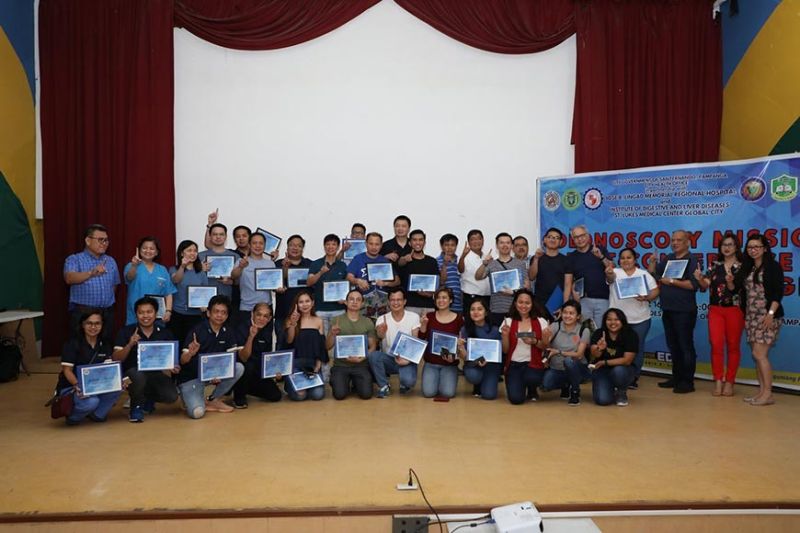 This partnership between the San Fernando’s Health Office and SLMC-IDLD, together with Jose B. Lingad Memorial Regional Hospital (JBLMRH), resulted into a more comprehensive colorectal cancer education and screening, dubbed “Sagip Bituka”, among Fernandino families.

Colorectal cancer, which develops from a polyp in a person’s colon or rectum, is one of the leading cancer types that cause death. It could be acquired through an unhealthy diet, physical inactivity, high consumption of alcoholic beverages and cigarette smoking.

According to Dr. Juliet Cervantes, SLMC-IDLD director, “Sagip Bituka” targets to extend aid to indigent people who can’t afford screening such as colonoscopy, an efficient way for early detection of cancer.

They also held a forum which featured other cancer causes and symptoms, including control and prevention measures against the disease. Cervantes said that the cooperation of the city government and JBLMRH helped them in realizing the program.

Mayor Edwin Santiago, in his speech, said that the program was an answer to the health needs of his constituents.

Meanwhile, Dr. Carlos Mercado, representing City Health Officer Dr. Eloisa Aquino, said the city is looking forward to another outreach program in the near future to cater to more patients in San Fernando and nearby towns in Pampanga.

The SLMC-IDLD is targeting to stage its next outreach program in the southern Luzon part of the country and expressed willingness to make the program’s second edition in the city next year. (PR)