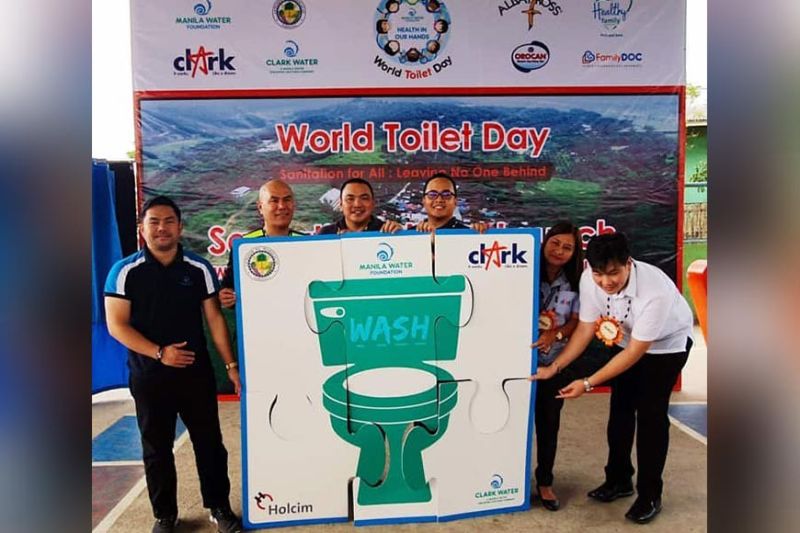 A memorandum of agreement (MOA) signing and awarding of certificates for construction of 45 individual toilets was held in the said village, which is inhabited mostly by Aetas, Tuesday.

Officials of the foundation and the local government unit headed by Mayor Cris Garbo signed the MOA in relation to the implementation of the project.

Garbo cited the need to guide the indigenous people on the proper health care and sanitation.

The mayor thanked the Manila Water Foundation for adopting and helping Sitio Monicayo in terms of health programs.

He said the foundation builds the initial 45 toilets and the city government will fund additional comfort rooms for the other villagers.

In 2005, Manila Water Company, Incorporated, a subsidiary of the country’s oldest conglomerate Ayala Corporation, in partnership with British and Japanese investors, established the MWF as its social development arm to serve waterless and toilet-less communities in the Philippines and other neighboring countries.

World Toilet Day, celebrated on 19th November every year, is about inspiring action to tackle the global sanitation crisis.

Established by the World Toilet Organization in 2001, World Toilet Day was made an official UN day in 2013. UN-Water leads a taskforce of international agencies to campaign around a common theme.

Manila Water Foundation is now on its 2nd year of celebrating World Toilet Day to promote awareness about the importance of safely managed sanitation to marginalized sectors to help the community prevent disease and protect the environment.

The foundation also aims to strengthen partnership with public and private organizations to support and implement proper sanitation practices in the community.