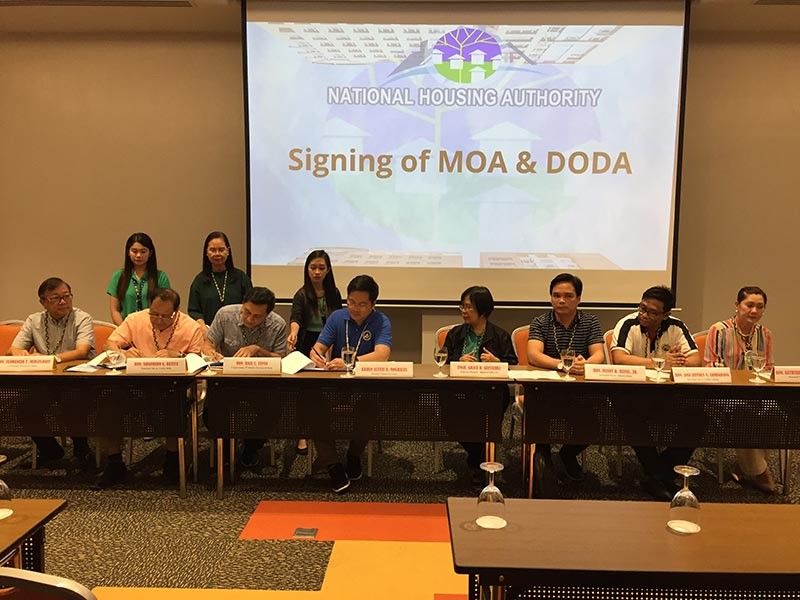 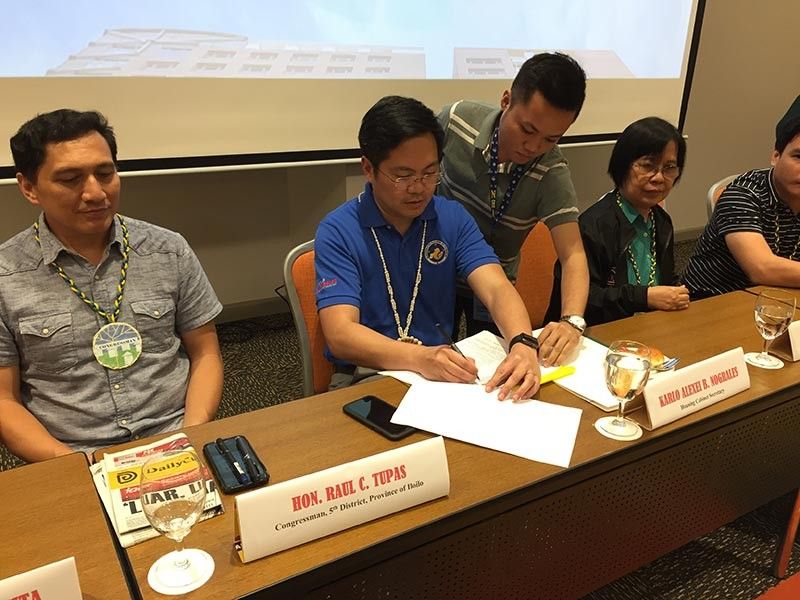 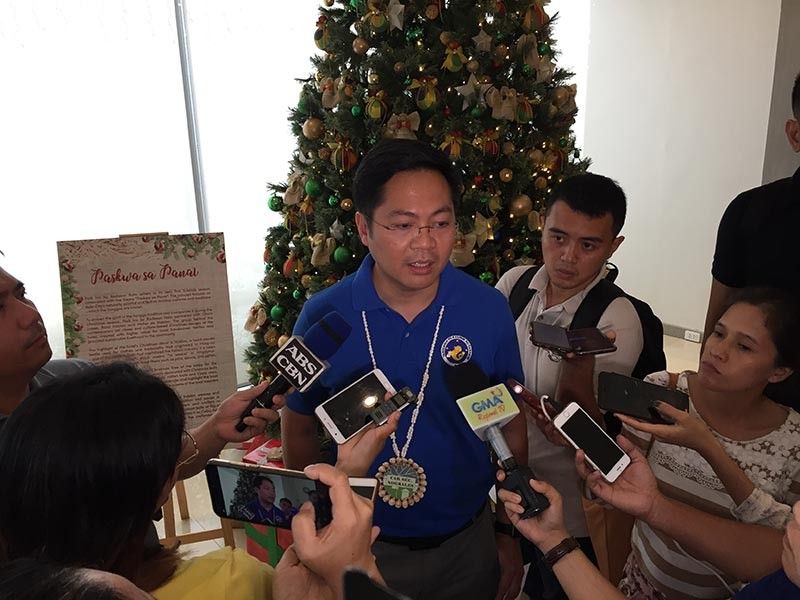 CABINET Secretary Karlo Alexei Nograles led the signing of memorandum of agreement (MOA) and Deed of Donation and Acceptance (Doda) for the turnover of eight Yolanda housing sites exactly six years after Typhoon Yolanda, which hit the Philippines in November 2013 and killed thousands of people.

Nograles said he is happy that after several years of waiting, the housing units will now be turned over to municipalities.

"Thank you, mayors, for your patience. I also thank the NHA for their perseverance and their patience," he said.

Nograles, chairman of Task Force Yolanda, said he had a conversation with NHA general manager Marcelino P. Escalada Jr. and they agreed to finish all the Yolanda housing units by 2020.

Escalada, in November 2018, was designated as secretary-general of the Housing and Urban Development Coordinating Council while concurrently serving as NHA general manager.

"Hindo pwede na may magmamana pa nito... So our commitment to President (Rodrigo) Duterte is by the year 2020, all housing projects of Yolanda are completed," said Nograles.

In Panay Island, Nograles said the target is 90,148 housing units.

As of September 30, he said about 60 percent or 56,936 units have already been completed, but overall, the project is already 93.5 percent complete.

"Just to let you know, since we are already 93.5 percent complete and ongoing, we are really on track in completing this by the year 2020," Nograles said.

Of the completed housing units, 30,704 units have already been occupied.

His vision is to provide to the community electricity, source of water, school building, daycare center, and health units, especially in areas that are "geographically isolated and displaced areas."

He said he tapped the "Last Mile Schools Program" of Education Secretary Leonor Briones to bring the public schools near the Yolanda community and in line with the Philippine Development Plan 2017 to 2022 under the Duterte administration.

Nograles thanked Tupas for the approval of the DepEd 2020 budget that includes the Last Mile Schools Program.

DSWD Secretary Rolando Bautista, for his part, has agreed to set up daycare centers near the school and health center of Yolanda housing community, especially in the geographically isolated and displaced areas, said Nograles.

He also tapped Department of Agriculture Secretary William Dar for the agricultural livelihood of the Yolanda beneficiaries.

"Make the place livable, with water, electricity, school, daycare, health facilities and livelihood, and we cannot do it alone, we need the help of the local government units (LGU) to make those places livable," Nograles said.

"The next administration will just reap the benefits of what we have done and what we have accomplished," Nograles said. "It was challenging when I came on board, but as long as we put our heads together and focus on what needs to be done, pray, we can accomplish anything."

In Altavas town in Capiz, 363 of the 393 housing units in Altavas Homes Site 1 and 2 have been occupied.

In Carles, Iloilo, Guinticgan Village Phase 1 has 1,000 units, all occupied, while St. Therese Village Housing Project Phase 1 and 2 have a total of 1,500 units.

More housing units in Panay Island will be turned over these coming months, said officials.