‘Know your status and play’ 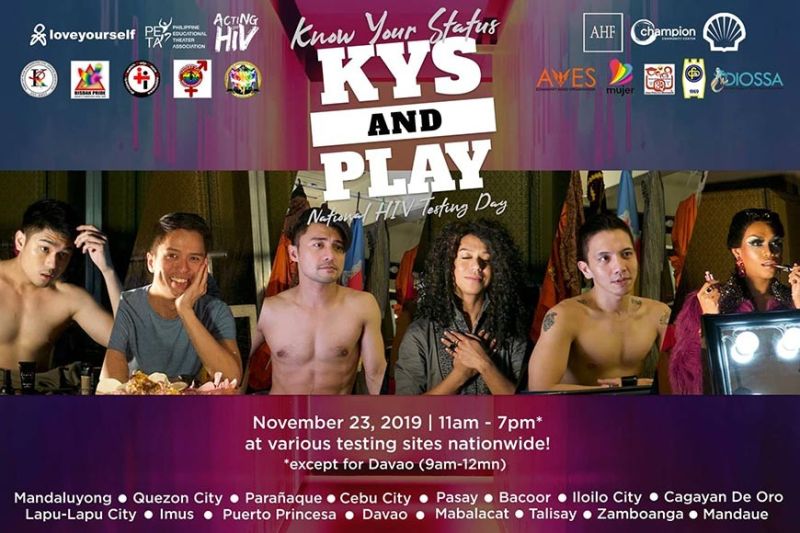 A MASS HIV (human immunodeficiency virus) testing is set to be conducted on Saturday, November 23, by Kagay-an Plus Inc. as part of the celebration of the World Aids Day on December 1.

Dubbed as “Know Your Status (KYS) and Play,” this national HIV testing activity, spearheaded by LoveYourself and the Philippine Educational Theater Association (PETA), entails a free, fast and confidential HIV test at 19 test locations nationwide, one of which is the Oro PIA Lounge along 8th-21st Street, Nazareth, Cagayan de Oro City.

According to Enrique Niño Patricio, the executive director of Kagay-an Plus, the activity aims to strengthen the awareness campaigns of community-based organizations through highlighting the #ActingOnHIV drive of the PETA.

Based on the Department of Health report, there are around 1,111 newly confirmed cases of HIV cases in the country in July. 51 percent of the cases were aged 25 to 34 years old, Patricio said.

Patricio shared that they will also be looking for a local ambassador for the activity in Cagayan de Oro City.

#KSYandPlay2019 is the fifth of its kind HIV testing movement from various community organizations that is supported by Pilipinas Shall Foundation Incorporated, and AIDS Healthcare Foundation.

The Oro PIA Community Center in Cagayan de Oro is one of the three HIV testing centers in Mindanao. The others are in Davao and Barangay Tetuan, Zamboanga.