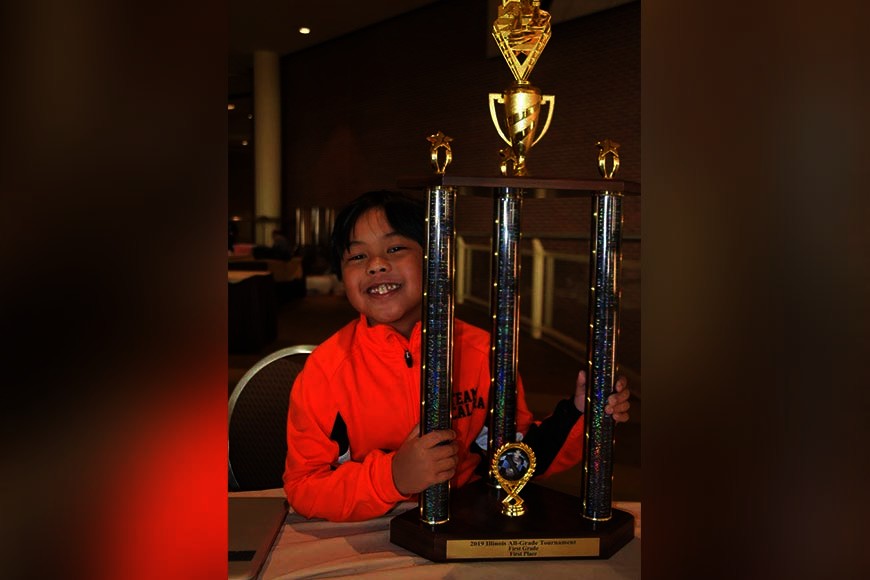 The six-year-old Escalera, whose father Ren Vincent is a native of Cagayan de Oro, finished the field unscathed with a perfect 5 of 5 performance.

He was a full point ahead of closest pursuer Shri Senthilkumar, whom he defeated in the third round.

The fast-rising Escalera, who became number one in Under-6 category of the United States Chess Federation (USCF) rankings in September, nailed the title after defeating the defending champion Ren Lutfiyya in the final round.

Lutfiyya settled for third place with 3 of 5 output, but had a credible showing against Escalera in their previous encounters.

Escalera absorbed his only loss last year at the hands of Lutfiyya and settled for runner-up.

A week before the toddlers’ rivalry, Escalera and Lutfiyya drew each other in the 2019 Ice Harbor Scholastic Open and finished with the same score at 4.5 points, though the Fil-Am boy won first place with better tie-break results.

“We never forget to acknowledge God who guides us all the time, also for the love and support of our family, relatives and friends and, not to mention, those people who help Scott in any way they can,” said Ren.