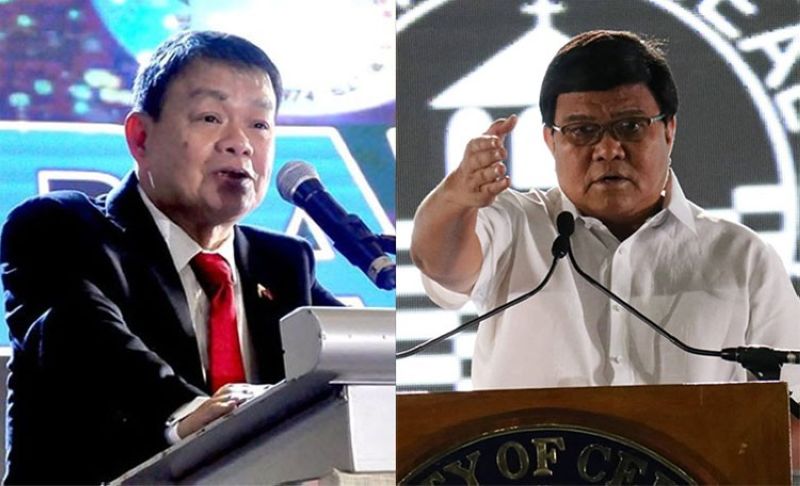 LAST October 25 -- 10 days or so after the five directors of Metropolitan Cebu Water District (MCWD) were terminated by Cebu City Mayor Edgar Labella -- the Local Water Utilities Administration (LWUA) ordered the three directors who are holding on to their job to comment about the termination.

"What for," Ralph Sevilla, one of the three directors asked, they had already been condemned and meted penalty. (Of the other two, chairman Joel Mari Yu resigned while the other, member Procopio Fernandez, did not join the lawsuit.)

Sevilla's lament sounded petulant but the retort must have been made purposely to highlight the main assault of the three directors in their lawsuit against the mayor's October 15 termination order: alleged absence of due process. It was good theater for public sympathy as well.

Even as it was good PR sound bite, it might not be enough on the legal front.

Under the Provincial Water Utilities Act, LWUA has the power to "review and approve" the termination of directors. It is precisely the forum where they first defend their position: that the removal was not for cause and if it was, they were not given due process.

But they may not prudently lump the mayor's termination with the LWUA order for them to comment.

The LWUA is where they can say the mayor didn't follow the procedure in dismissing them from the service. LWUA might see their side and reject the termination. (Mayor Labella is waiting for the approval before he appoints the board replacements.) And if the agency concurs with the mayor and OKs the firing, the directors can use that in their lawsuit to show they followed procedure while the mayor, allegedly, did not.

It could be wrong not to answer LWUA. The directors would be declared in default and LWUA would rule on the basis of what it has in its hands: the mayor's evidence against them.

Sevilla could rant in public, as he did, but still present their side to LWUA.

Included in an initial news story (but later corrected) as among the plaintiffs was assistant general manager and acting GM Stephen Yee. He replaced Jose Eugenio Singson Jr. who quit last November 1. How Yee was included in the news story was remarkable since the names of the plaintiffs are high up on the first page of the document filed with the court.

Did they have to include MCWD since they were not supposed to represent MCWD anymore? They must say they are merely being consistent with their position, namely, they were illegally terminated, the termination was invalid, and they are still the legitimate board, not the three-person interim board appointed by LWUA. (LWUA and four of its officials are included in the lawsuit: the three interim directors and the acting LWUA administrator.)

It would be interesting to see though how the inclusion of MCWD can be attacked when the board presumably represents and decides for the water district.

Which also makes the position of the acting GM interesting and awkward: does he recognize the board and the water district's part in the litigation? If he testifies in court, is he a witness for the directors or the mayor?

By the way [1]: Who pays for the cost of the lawsuit and their lawyers? The pleading says they're suing in their personal and official capacities.

By the way [2]: Under the law, "no director may be held to be personally liable for any action of the district." That must be because the board acts collectively: individually, each director can do no wrong.

It may be necessary for the ritual but does it have be that costly for a one-time function?

[2] WHICH BODY RUNS SINULOG 2020? The governing body or the Sinulog Foundation. Contradictory statements were made by people from the governing board and from Vice Mayor Mike Rama. The last word though came from Mayor Edgar Labella. Is that the final word?