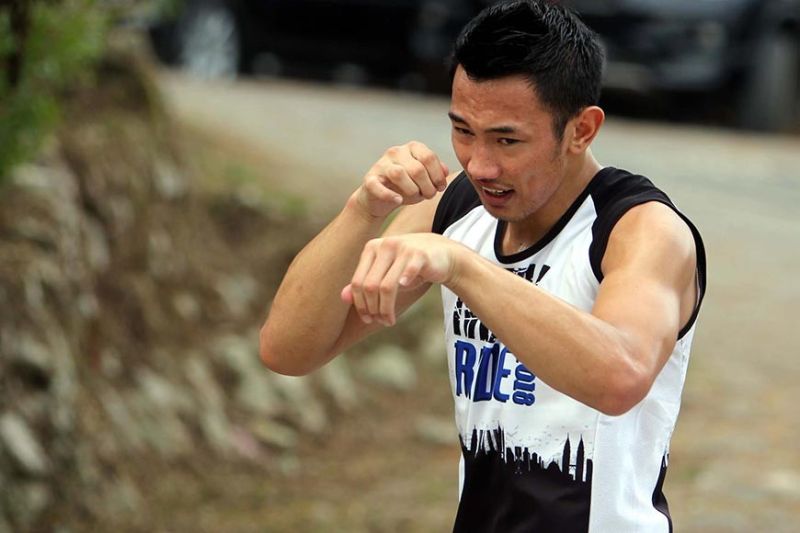 GO FOR GOLD. Jerry Olsim, together with fellow Team Lakay fighters Gina Iniong and Jean Claude Saclag will gun for the gold in the upcoming Southeast Asian Games. (Roderick Osis)

EXPERIENCE will be the biggest advantage of Team Philippines in the kickboxing competition of the Southeast Asian Games which kicks of November 30 with two veterans from Team Lakay hoping to deliver for the country in the biennial meet.

Jean Claude Saclag, a former world wushu sanda champion and Jerry Olsim, a mixed martial arts practitioner will banner the country’s kick boxing team as they both hope for a podium finish in the sports event hosted by the country.

Saclag, who recently shifted to kickboxing this year added he has to forego his professional mixed martial arts dreams after they were persuaded to try - out for the kickboxing team.

“Nagkataon na may try – out for SEA Games, salamat at naselect,” Saclag told Sun.Star Baguio adding he was supposed to see action in an MMA promotion this November.

Saclag added he is all fired up for another stint for the country despite the change in sport.

Olsim meanwhile said the team is focused finishing on top of the podium come SEA Games as they expect tough challenge from other SEA countries, particularly Thailand and Vietnam.

Other Cordillera fighters seeing action in the sport that will make its debut in the biennial meet are fellow Team Lakay and MMA veteran Gina Iniong, world medalist Jomar Xanda Boy Balangui of the University of Baguio, rising female fighter Renz Dacquel and hard-hitting Karol Estepa Maguide, both of Highland Boxing Gym.

The kickboxers have undergone exposure on their foreign training in Taiwan and Cambodia with the aim of winning it all and with the urging of SKBP president, Senator Francis Tolentino and Secretary-General Wharton Chan.