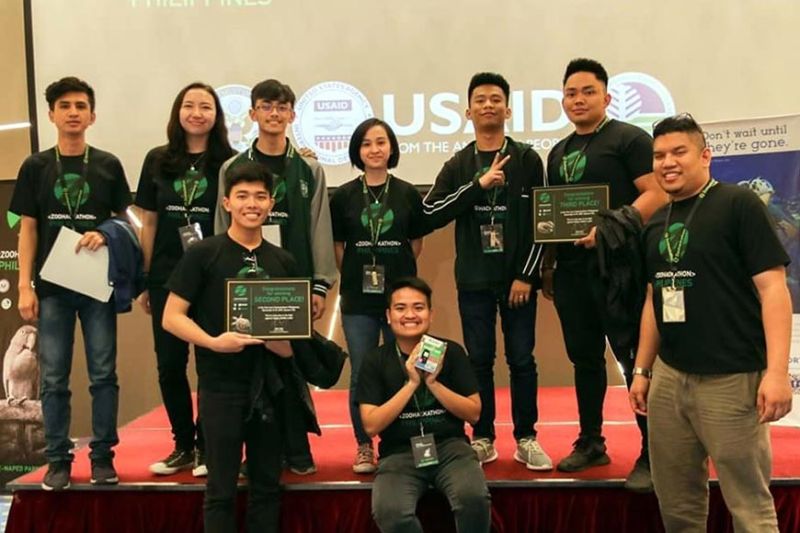 MOBILE APPS FOR WILDLIFE CONSERVATION. Two teams of students from the University of the Cordilleras bagged the second and third spots in the Zoohackathon Philippines 2019. The competition is aimed at developing tech solutions against wildlife trafficking. The UC teams won P150,000. Each to develop their respective projects. (Rene Gardote)

WITH the aim of introducing coding as a means to end wildlife trafficking, two teams of students from the University of the Cordilleras (UC) bagged the second and third spots in the Zoohackathon Philippines, each receiving a funding of P150,000 to kickstart their projects into reality.

The Zoohackathon is in consonance with an executive order from the United States of America on combating wildlife trafficking, a pressing issue that poses threats against biodiversity, among others, across the globe.

The two UC teams competed in the “Wild and Alive” category which aims to encourage the public to learn about “highly trafficked and endangered species in the Philippines and to report wildlife crimes to the DENR.”

“Ranger Danger” is a game which advocates for wildlife conservation.

In this app, players must protect endangered animals from poachers until they are released back into the wild.

The Zoohackathon Philippines, in partnership with the United States Agency for International Development and DENR, is the local iteration of the competition which is also staged in 12 other countries such as Austria, Switzerland and Finland.