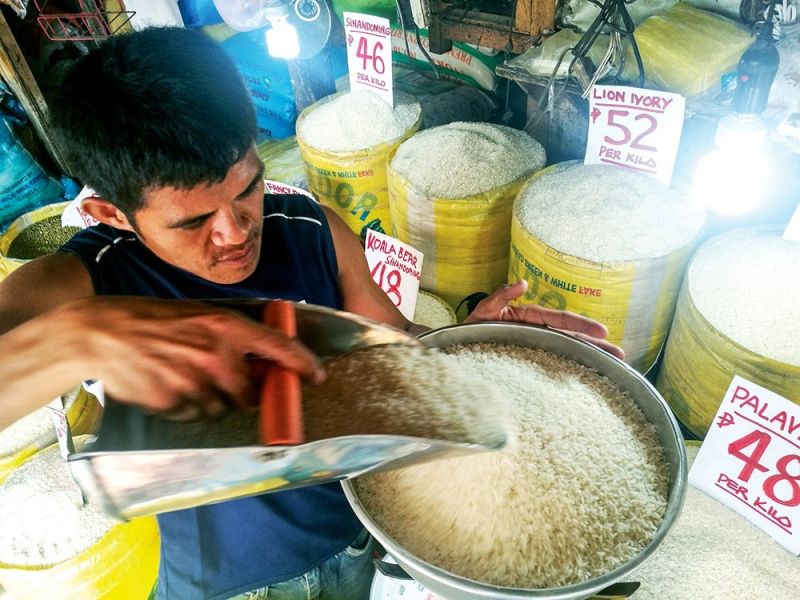 PRESIDENT Rodrigo Duterte confirmed Tuesday night, November 20, that he ordered the suspension of rice importations as a remedy to the low farmgate prices of palay (unhusked rice).

He also noted that it is harvest season for locally grown rice.

Duterte further said he will ask Congress and Agriculture Secretary William Dar to appropriate funds for the purchase of rice grown by Filipino farmers, who are reeling from the impact of rice tariffication.

“What is the other remedy? Nothing. I cannot stop tariffication,” Duterte said in an interview with Palace reporters at the Malacañang late Tuesday night.

“You appropriate money and we will buy all the rice, farmgate price, from the farmers,” he added.

Republic Act (RA) 11203, or the Rice Tariffication Law, removed the quantitative restrictions in rice importations in a bid to improve supply and bring down prices which had caused inflation to surge in 2018.

This resulted in a large influx of imported rice in the market and the decline in farmgate prices of palay.

The government is set to release a total of P3 billion to around 600,000 farmers affected by the rice tariffication.

Duterte said he is willing to spend billions of pesos to help local farmers.

Duterte did not specify a time frame for the suspension of rice importations. (NASE/SunStar Philippines)