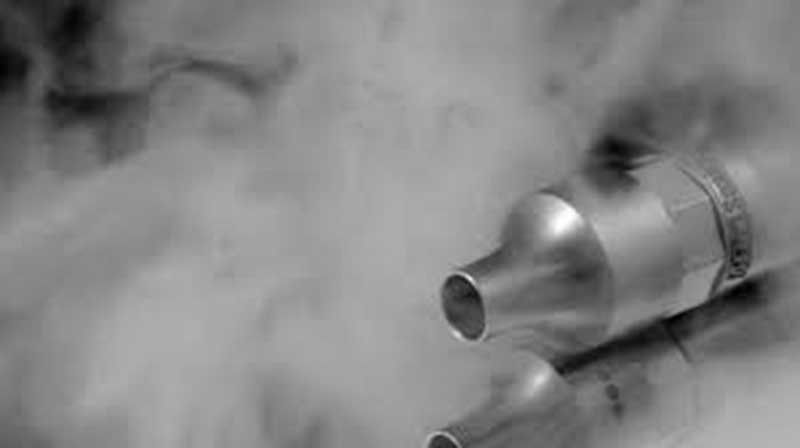 Gamboa issued the order less than 24 hours after President Rodrigo Duterte gave a verbal directive to arrest those vaping in public.

Duterte, in a late night press conference Tuesday, said he will ban vaping and the importation of electronic cigarettes and other vaping devices and products because it is toxic and habit-forming.

The President said an executive order imposing the ban on vaping will follow. But pending the issuance of such an EO, Gamboa said the police will make arrests based on Executive Order No. 26.

This presidential directive, which Duterte signed on May 16, 2017, prohibits smoking in public and enclosed places. It also requires establishments to designate smoking areas.

PNP spokesperson Brigadier General Bernard Banac said Gamboa also ordered police commanders to boost police visibility in all public places, particularly near schools, and arrest and warn those who will be caught vaping in non-designated areas.

“All police units nationwide to enforce the ban on use of vapes; ensure that all violators will be arrested and properly recorded in the police blotters; confiscated items are accounted for and disposed of properly; and coordinate with local government units and agencies, vape stores and owners to enhance the enforcement of the ban,” he said in a statement.

“Likewise, all PNP personnel are directed to refrain from violating the directive or risk disciplinary sanctions. All heads of offices and chiefs of police units in all levels are held accountable for the strict enforcement and compliance of their personnel with the ban,” he added.

Banac also reminded PNP personnel as well as the public that all PNP campuses and offices have been declared “no vape zone.”

“This serves as a warning to them that they (vape users) either follow the law or totally stop from using e-cigarette because of its hazardous effects on their health,” said Gamboa.

Duterte on Tuesday night, November 19, said he will ban vaping and the importation of e-cigarettes and other vaping devices because these are toxic and habit-forming.

He also issued a verbal order to arrest people who will be caught vaping in public.

“I will ban it - the use and importation of (vaping devices). I hope everybody is listening. You know why? Because it is toxic and government has the power to issue measures to protect public health and public interest,” the President said in a late night press conference at the Malacañang Tuesday.

He said e-cigarettes contain chemicals that can kill people. Vaping, or the use of electronic cigarettes and other vaping devices, is also habit-forming and can cause cancer, he added.

“Better stop it because I will order your arrest if you do it in the room. I am now ordering the law enforcement agencies to arrest anybody who - ano’ng tawag no’n - vaping in public,” the President said.

Duterte said regular cigarettes are better because smokers are aware that it contains nicotine, which is harmful to health.

E-cigarettes, on the other hand, contain nicotine and other chemicals. The e-cig also does not have approval from the Food and Drug Administration, he added.

Duterte made the comment after he was asked regarding the the Department of Health (DOH) announcement that a 16-year-old girl from Central Visayas became the first case of electronic cigarette or vaping-associated lung injury (Evali) in the Philippines.

The girl went into respiratory distress when she was rushed to the hospital after two weeks of suffering from cough. She was briefly confined at the intensive care unit (ICU) of the hospital.

The DOH did not divulge the identity of the girl, but assured that she has recovered and has abstained from using e-cigarettes and combustible cigarettes. (SunStar Philippines)