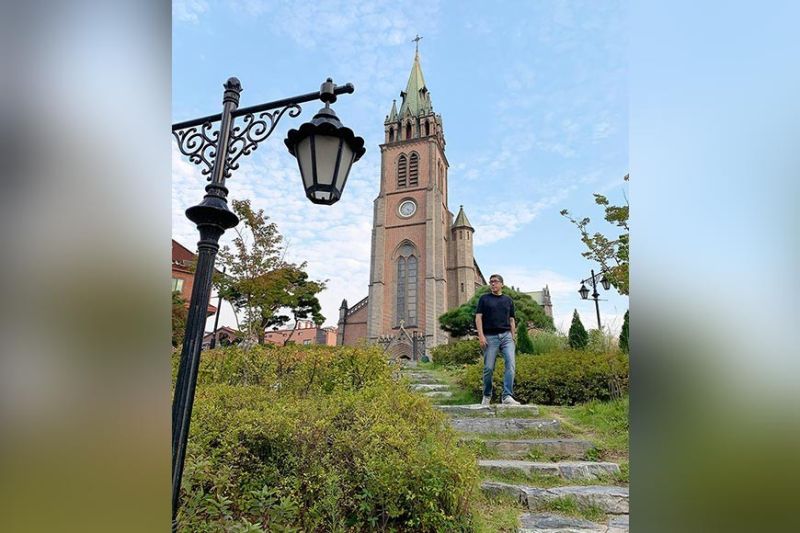 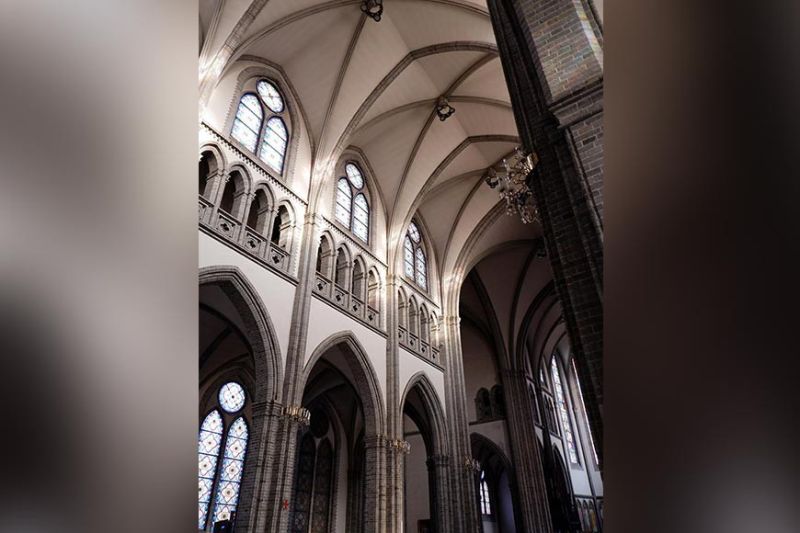 KOREA. Interior of the Gothic Cathedral. (Jinggoy I. Salvador) 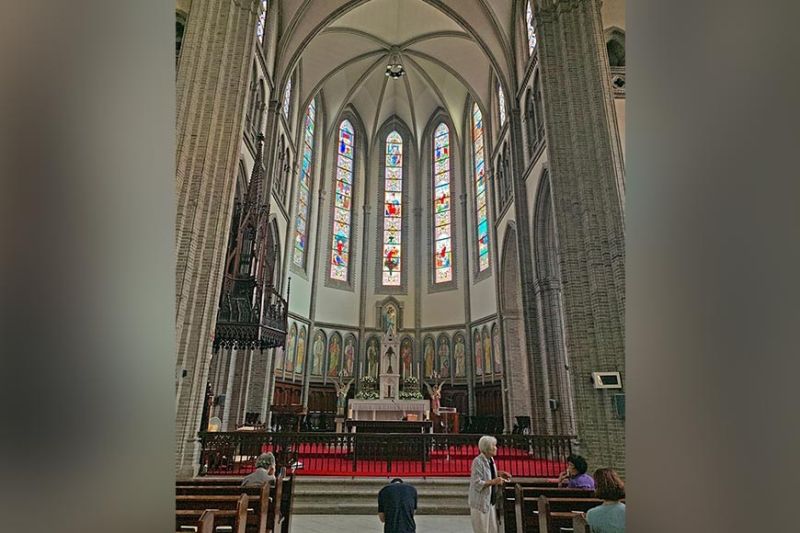 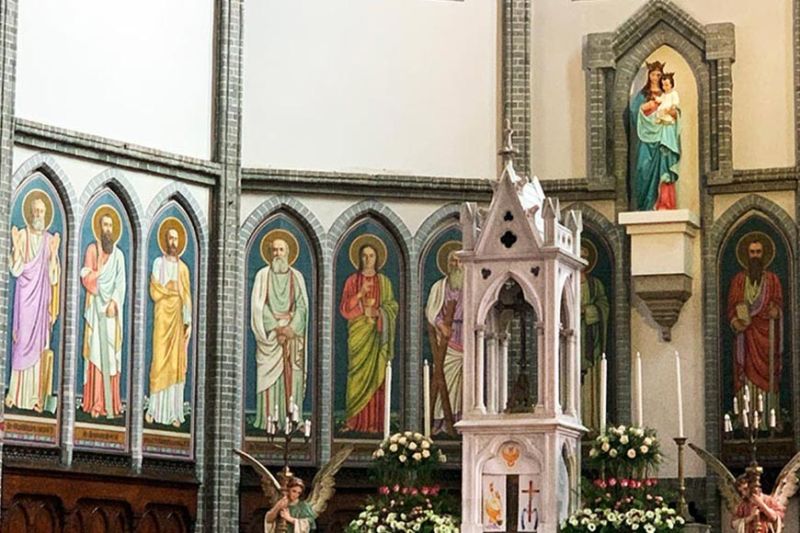 KOREA. The 12 Apostles and the Madonna & Child flank the ciborium and main altar. (Jinggoy I. Salvador) 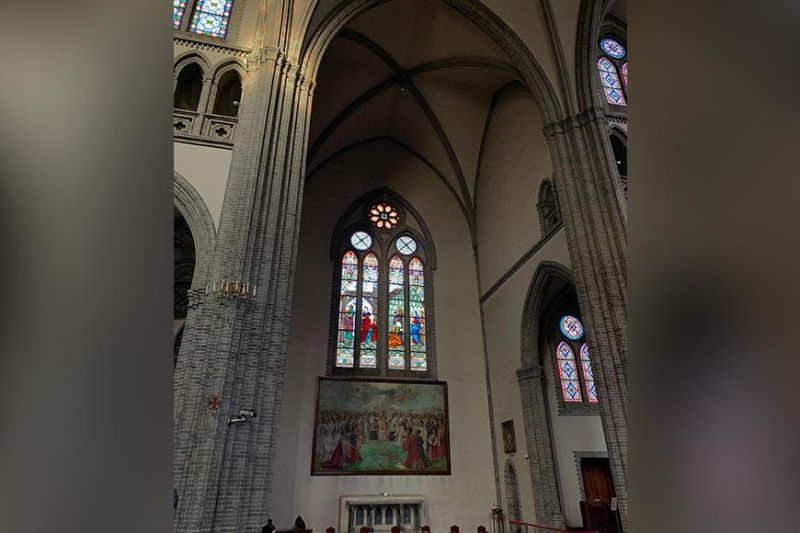 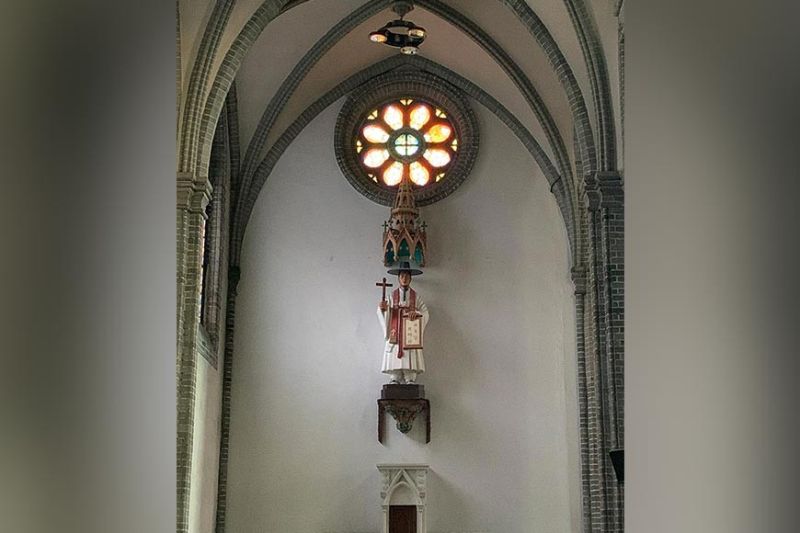 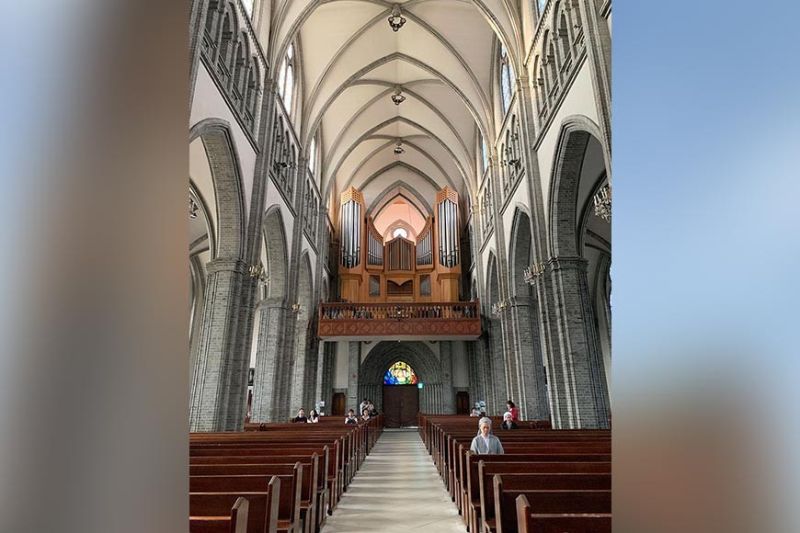 KOREA. View of the nave and narthex from the altar. (Jinggoy I. Salvador) 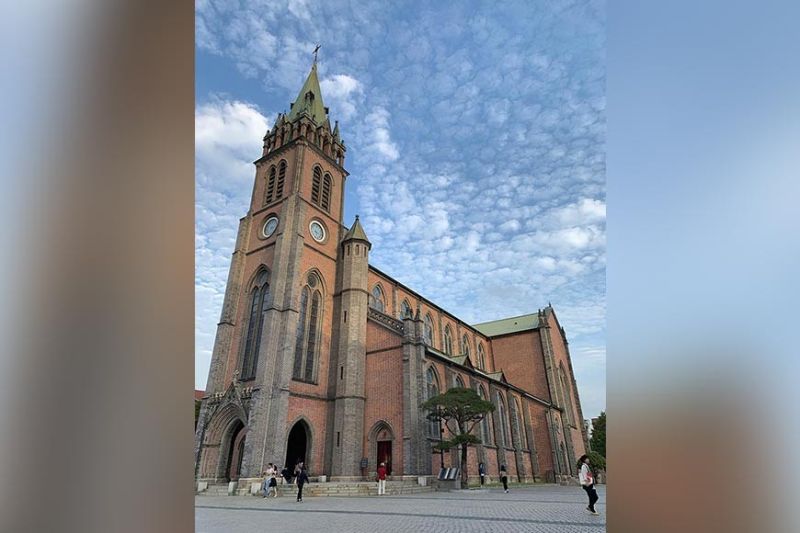 KOREA. The Gothic Cathedral is designated National Historic Site No. 258. (Jinggoy I. Salvador)

THE spires of the red-brick building rise above buildings of one of the busiest districts in Seoul. Its uniqueness calls out attention. It's the Myeongdong Cathedral, a.k.a. the Cathedral Church of Virgin Mary of the Immaculate. It is the birthplace of the Roman Catholic Church in Korea. As the symbol of Roman Catholicism of the nation, the church is also a landmark and a tourist attraction.

Myeongdong Cathedral is dedicated to the Blessed Virgin Mary, the principal Patroness of Korea. It’s the national cathedral of the Roman Catholic Archdiocese of Seoul and the seat of the Archbishop of Seoul, the highest Roman Catholic prelate of the nation.

The 1898-completed structure is the first Gothic building ever built in the country. Veering from the traditional building material of stone, the Myeongdong Cathedral is unique in its construction. It used twenty types of locally fired red and grey bricks.

An architectural wonder in Seoul, the cruciform place of worship has an elevation of 23 meters, but the imposing façade, with a clock and a steeple rise to 45 meters in height.

Following the Gothic design, the cathedral’s interior is as breathtaking -- vaulted ceiling, arches between the side aisle and nave with stained glass windows above it. Not only are these decorative, it also allows natural light to brighten the higher section of the building. Ornate religious artworks decorate the walls.

The high altar is kept simple with the ciborium behind it, but the section is made attractive by the design on the curved apse where the images of the twelve apostle flanking the table. The image of the Madonna and Child rises above these saints and the altar. The colorful glow bathes the apse with light filtering through the stained glass windows depicting the Nativity of Jesus, Adoration of the Magi, Jesus with the Twelve Apostles and the fifteen Mysteries of the Rosary. Korean artist Lee Nam-gyu restored the windows to its original form in 1982.

On the North Transept is the image of the Patron Saint of Korea, Andrew Kim Taegon, the first Korean-born Catholic priest. Another side altar features French Bishop Bum-Se-Hyeong (born as Laurent-Joseph-Marius Imbert and affectionately called as Bishop Imbert Bum by the Koreans), a French missionary bishop in Asia.

Relic of the martyr Bishop Imbert Bum lies in the crypt underneath the main altar. It also houses the remains of the other Korean Church martyrs devoted to the spread of Catholicism in Korea. The area can be accessed by visitors who wish to pay their respects.

The statue of Our Lady of Lourdes stands in the garden behind the building. It was erected on Myeongdong Cathedral’s 50th anniversary in 1948.

In November 22, 1977, Myeongdon Cathedral was designated National Historic Site #258 by the Korean government, making it a cultural property and asset of the country.

For more photos about this feature and other travel stories, visit www.jeepneyjinggoy.com.