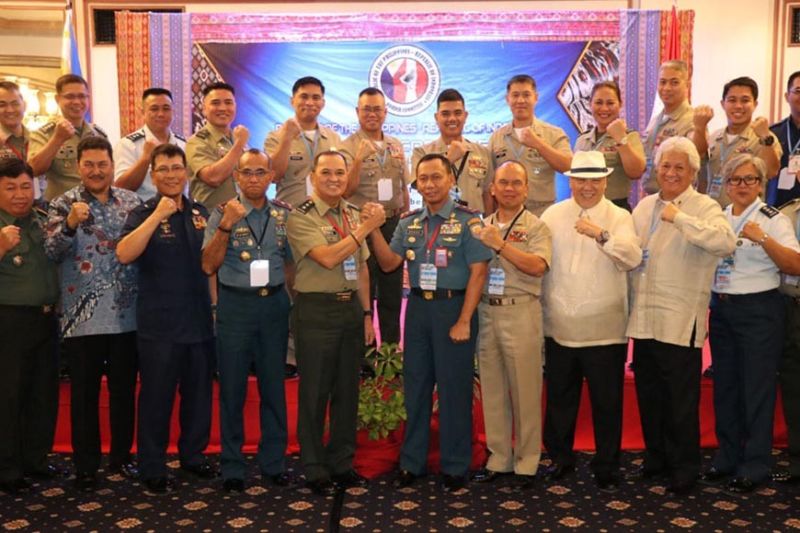 ZAMBOANGA. Members of the 38th Republic of the Philippines-Republic of Indonesia Border Committee Chairmen's Conference pose for posterity photo during the start of the conference Tuesday, November 19, 2019, in Davao City. The activity ends Thursday, November 21. (Contributed Photo)

THE Philippines and Indonesia have agreed to continuously intensify the conduct of coordinated patrol operations that will seek to ensure security and maritime control in both countries' common borders, an official said Wednesday, November 20.

The conference, hosted by the Philippine Government through the Eastmincom, opened Tuesday, November 19, and will end Thursday, November 21.

Balagtey said considering the porous shorelines of the archipelagic domains, both committees also looked into the continuous operationalization of the Border Crossing Stations (BCS) situated at common border areas in order to provide a systematic scheme in closely monitoring the entry and exit of the nationals of both countries.

Balagtey said the activity aims to strengthen the diplomatic relations of the two countries relative to the border crossing.

He said it seeks to review and strengthen the existing measures to ensure the safe passage of the respective nationals of both countries, to include the protection of fisherfolk in the border areas en route to the fishing grounds at high seas.

He said it is also the intent of both committees to jumpstart the review of the 1975 Border Patrol and Border Crossing Agreements that will seek to recommend amendments of its provisions to be attuned to the prevailing situation in maritime security and terrorism in both countries.

He said both committees deliberated on matters of common concern and interest to both countries. (SunStar Zamboanga)