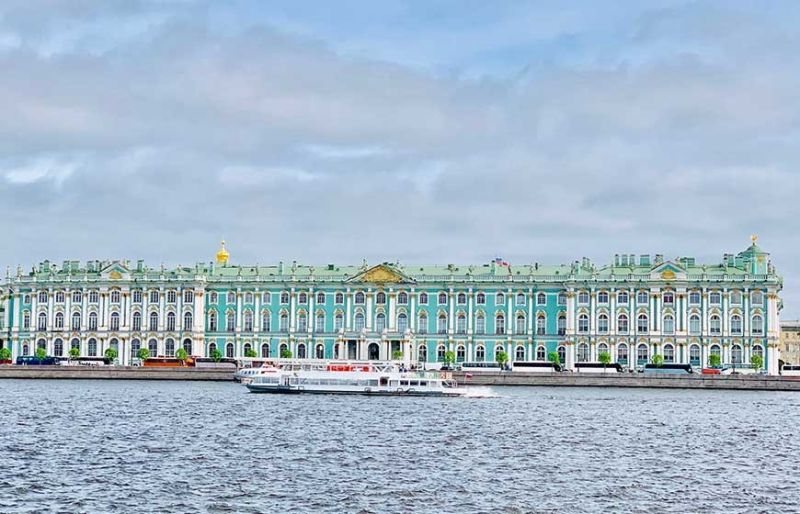 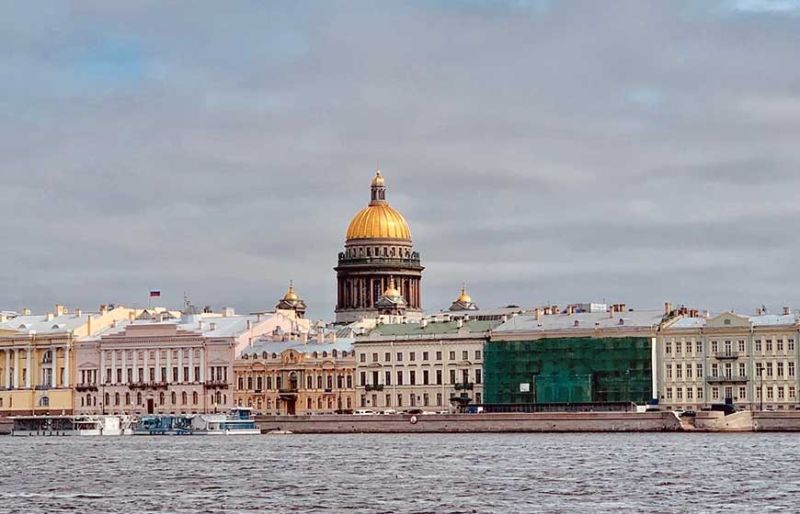 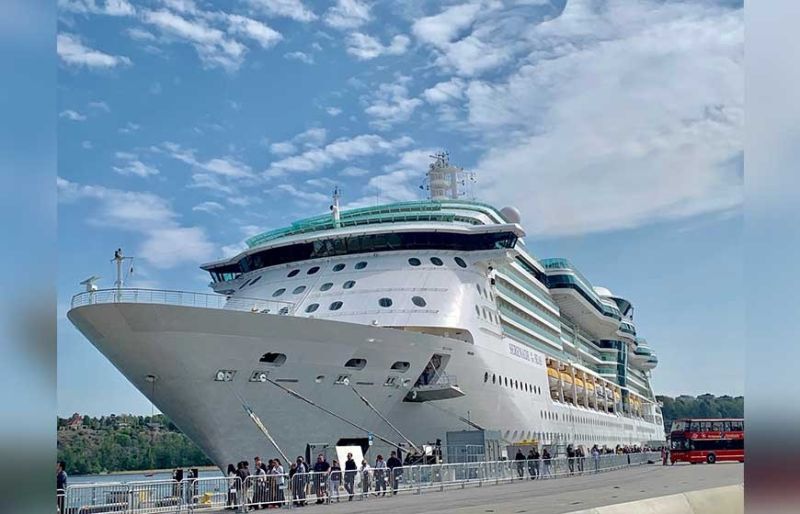 Royal Caribbean’s Serenade of the Seas. (Photo by Katrina Avila) 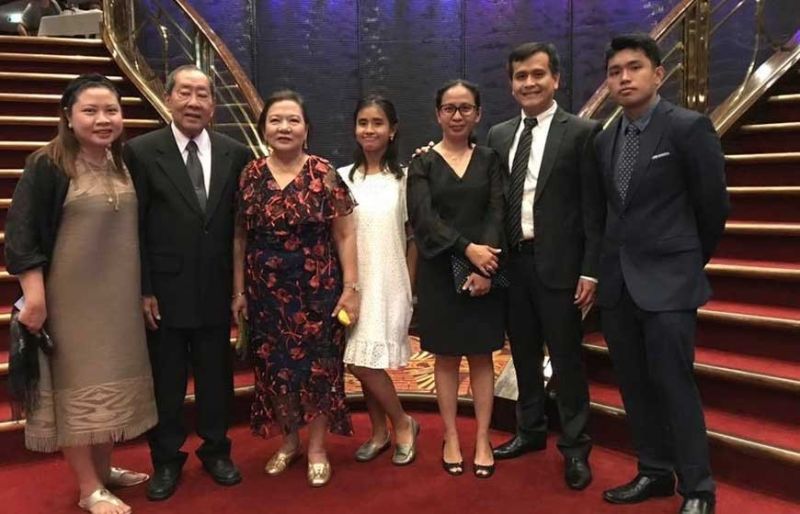 MEMORABLE. Avila and Tequillo families together during the night cruise formal. (Photo by Katrina Avila) 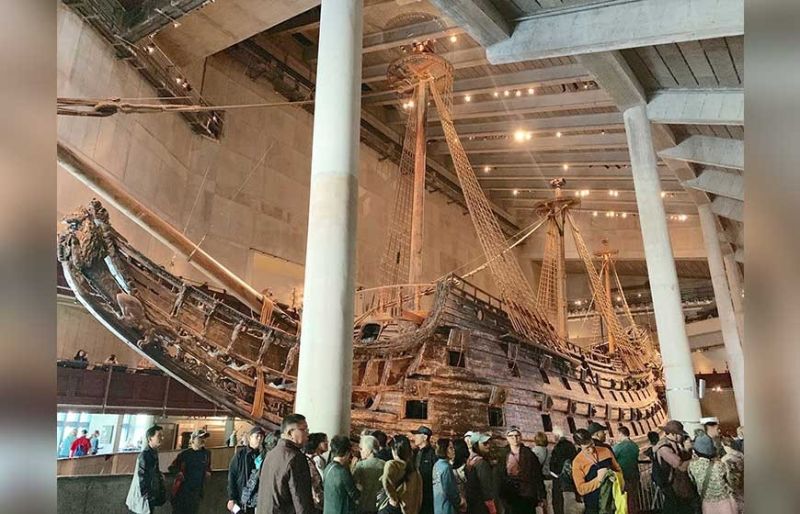 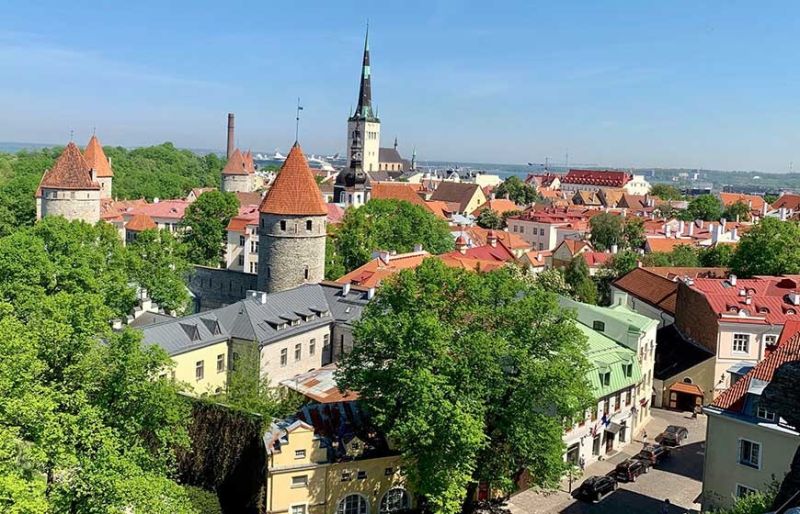 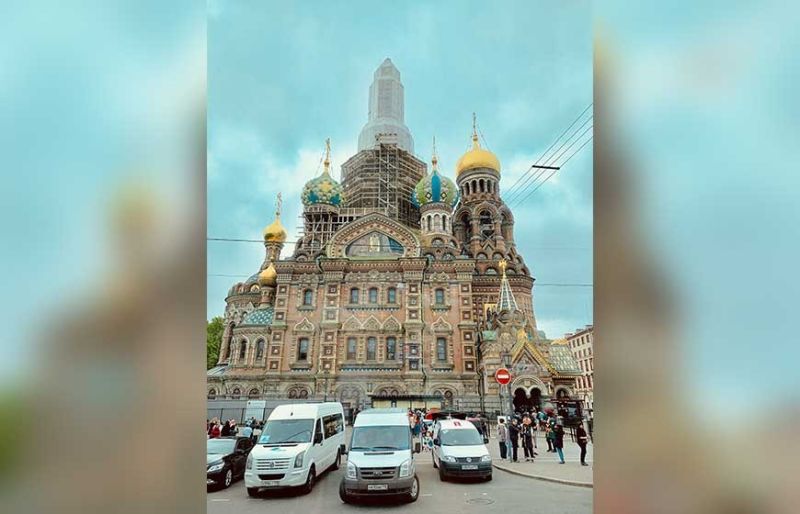 Church of the Savior on Spilled Blood. (Photo by Katrina Avila) 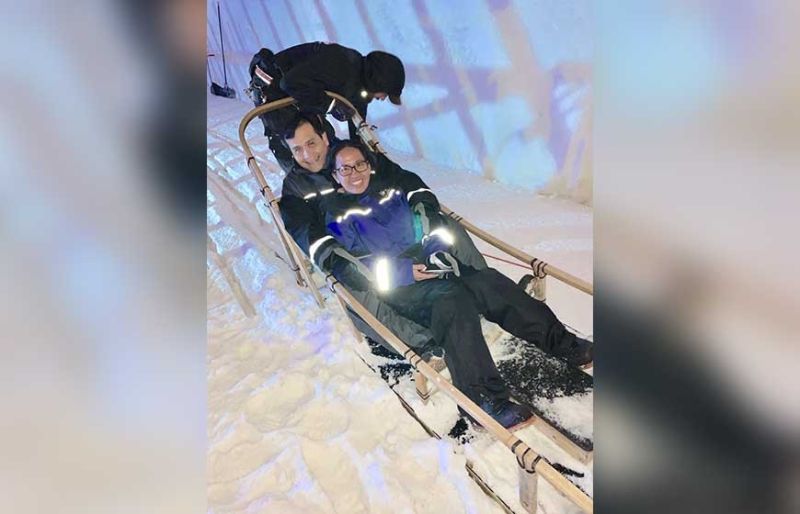 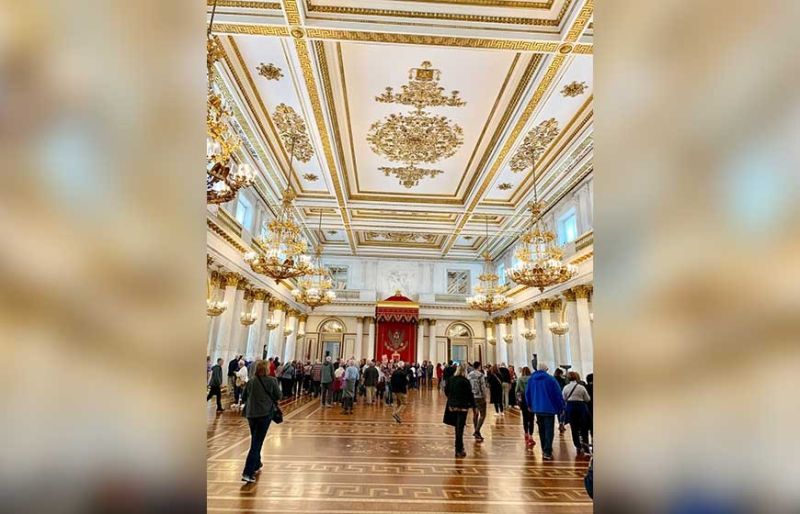 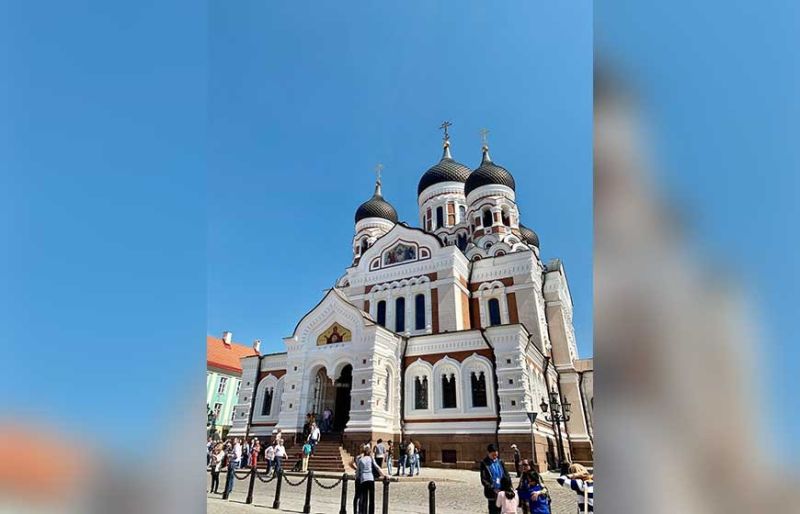 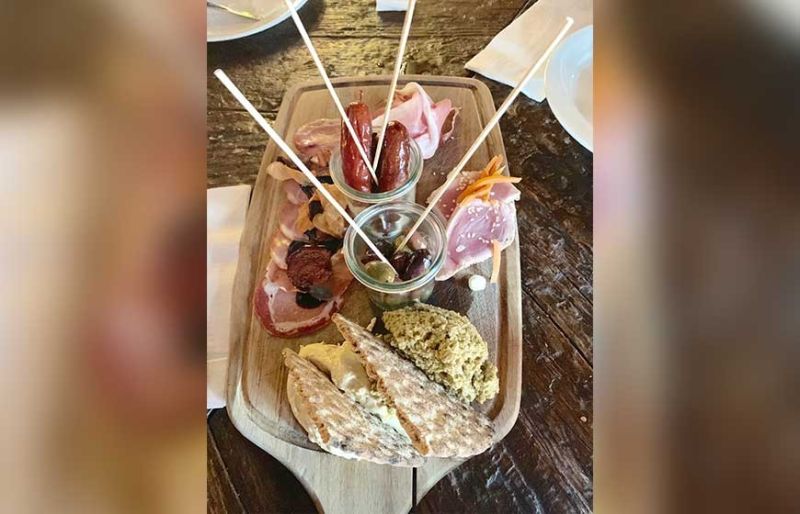 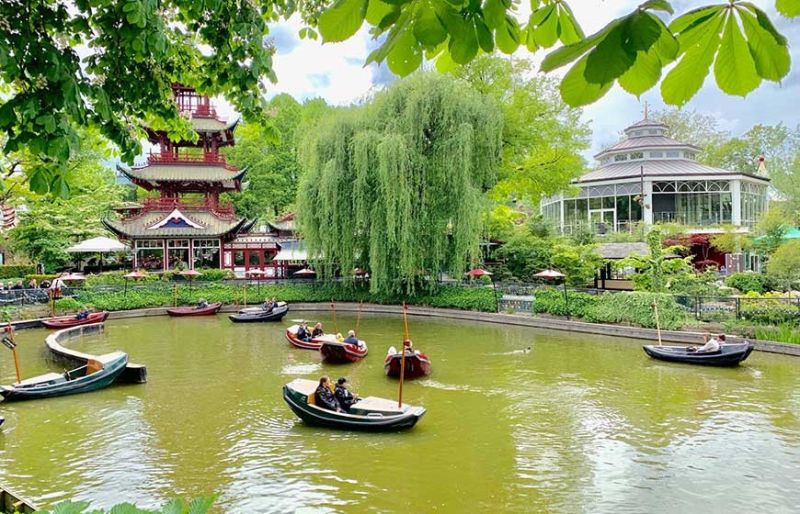 CRUISING around the Baltic region was very much on my bucket list.

I never dreamed of visiting countries like Denmark, Sweden, Estonia, Finland and Russia. This was not my first cruise, but together with my family, we’ve had really good experiences, so we decided to try again, this time around the Baltic areas.

We took Royal Caribbean’s Serenade of the Seas, a bit smaller than the first cruise ship we took, but I’m not complaining. Before boarding the ship, we flew from London to Copenhagen via British Airways.

Copenhagen is the capital of Denmark, and of course, the land of Hans Christian Andersen, father of fairy tales. This Nordic city is hip, cool and modern. Mind you, a bit expensive, but definitely worth the splurge. Known to be the most livable city in the world, I can certainly attest to this. The city is clean, the people are friendly and can speak really good English. They also have the best-tasting food I’ve ever had.

On our first day, we took a hop-on-hop-off bus to see Copenhagen.

Nyhavn, or “new harbor” in English, is a perfect place to have coffee or beer and just chill. A favorite must-see of mine is the statue of the Little Mermaid, created as a tribute to the author Hans Christian Andersen. The Tivoli Gardens should also be on one’s itinerary. The 176-year-old amusement park is said to have inspired Walt Disney to open his own theme park.

I highly recommend taking a boat tour of Copenhagen to explore its beautiful canals and see the city from a different perspective. Exploring on foot is also a good option.

For foodies like me, Copenhagen is known to be ground zero for new Nordic cuisine, where dishes are simple yet sophisticated, with emphasis on fresh produce and regional ingredients.

Next stop, Stockholm. A Scandinavian nation with thousands of coastal islands and inland lakes, Stockholm is not only known as the capital of Sweden, but is also known for shopping. H&M or Ikea anyone?

Also known for modern Scandinavian design, a famous attraction is the Vasa Museum. A maritime museum, Vasa is the only preserved 17th century ship in the world. It sank on its maiden voyage in the middle of Stockholm in 1628 and was salvaged 333 years later in 1961. Exploring the museum was definitely a highlight.

Tallinn in Estonia is possibly one of the most enchanting cities in Northern Europe. It’s worth visiting because it’s a beautifully- preserved medieval city and the entire walled town is a Unesco heritage site. We took a walking tour through Tallinn’s Old Town. Make sure to wear comfortable shoes because the cobbled streets are definitely hard to walk on. While strolling along Old Town, one of the beautiful sites you can admire is the Alexander Nevsky Cathedral. The spectacular onion-domed structure is a Russian Orthodox Cathedral. It’s the most opulent Orthodox church in Tallinn.

Get a feel of the city by sitting at an outdoor café and trying their beer. Just walking around Old Town is simply divine.

St. Petersburg is considered Russia’s cultural capital and is definitely one for the books. This next port of call was the highlight of my trip, and my life, for that matter. I am a Romanov addict and I love reading articles about the tsars and tsarinas of Russia. Of particular interest is Anastasia Romanov’s story. As a Romanov addict, you will have many goosebumps while on this trip.

We started our tour at the State Hermitage Museum. Also known as the Winter Palace, it is a beautiful work of art in itself. Just walking along its halls and throne rooms with intricate hand-carved gold moldings and crystal chandeliers, one can see how the tsars lived in opulence and extravagance. The second largest museum in the world founded by Empress Catherine the Great, it has the largest collection of paintings in the world. Included in its over three million pieces are works by well-known names like Rembrandt, Michelangelo and Da Vinci, to name a few.

Another must-see is the Church of the Savior on Spilled Blood. Unfortunately currently under renovation, it is still pretty much spectacular.

We didn’t have time to go to all the sites, but we drove by Peter and Paul Fortress, Nevsky Avenue and took time to take pictures by the Neva River. Just being in St. Petersburg was truly a dream come true, seeing it and exploring it is an experience I will always treasure.

Last port was Helsinki. The capital of Finland, to be honest, there’s not much to do, save for the indoor husky dog sledding and ice bar. Super fun, the husky dog ride is a very different experience. The ice bar on the other hand, is an indoor bar made entirely of ice where one can try going inside an igloo. A quiet and sleepy town, exploring Helsinki will only take a few hours. But what did strike me most was its cleanliness and tranquility.

Cruising is definitely one of the most relaxing travel experiences. Imagine not having to pack and re-pack while going from one country to the next. Food is unlimited and you get to see more places in a stress-free kind of way. Think of yourself in a moving hotel while not having to bring your luggage everywhere.

Truly, this trip was a memorable one for us. Not only did we enjoy, but we made memories together that will last us a lifetime.

As for me, I’m off to my next adventure! Cheers!